Watch Rory McIlroy make eagle from one of St. Andrews’ famous bunkers at The Open 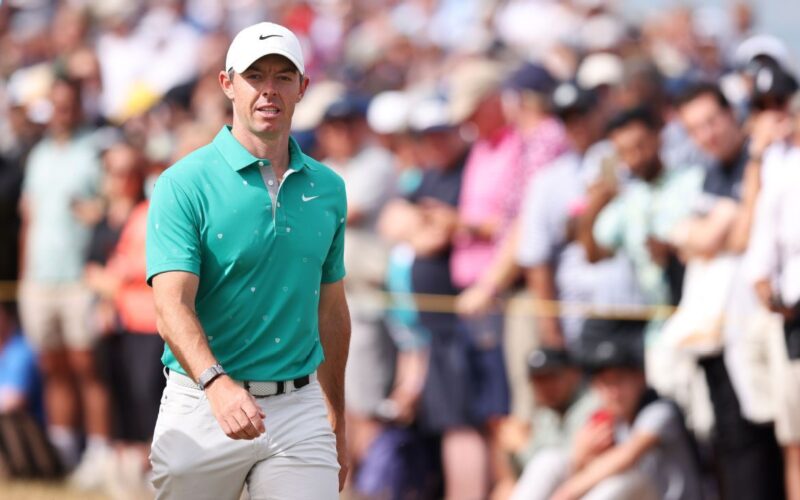 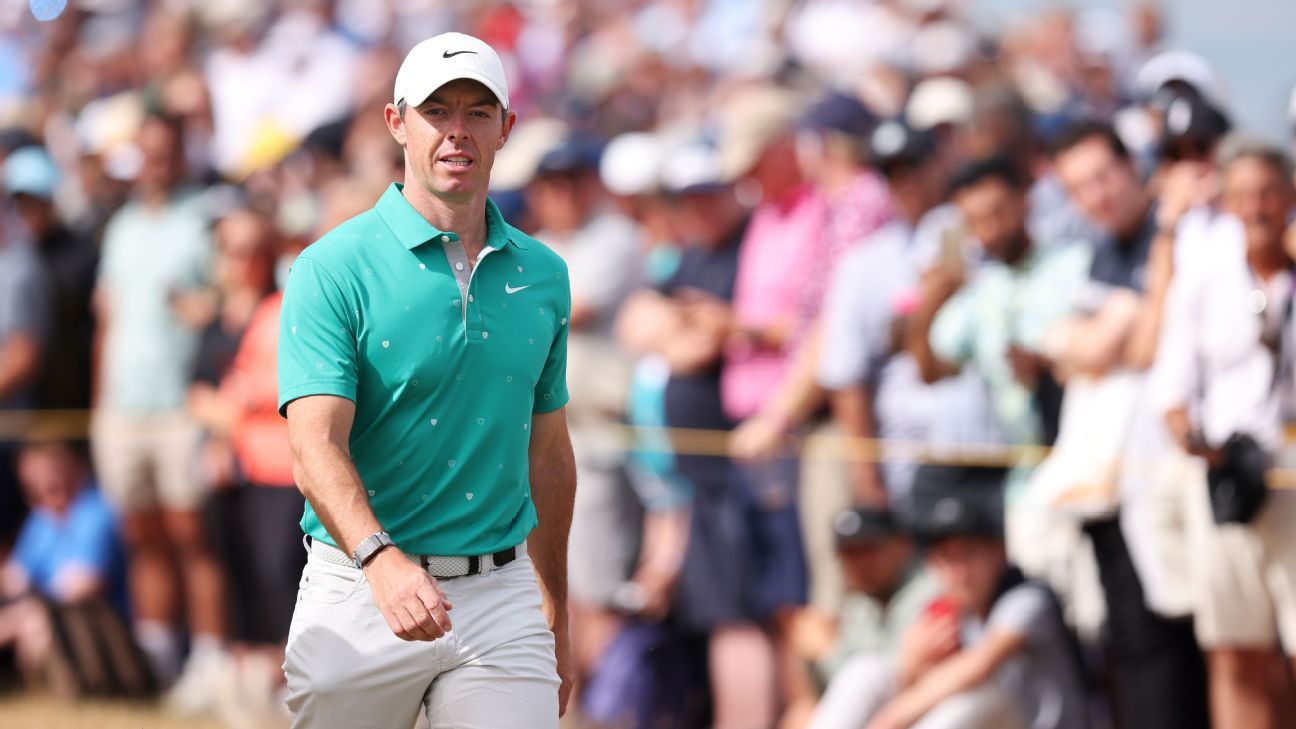 ST. ANDREWS, Scotland — It might yet be the most important shot of Rory McIlroy‘s life. McIlroy, looking to win his first major since 2014 at this weekend’s Open at St. Andrews, raised the loudest cheer from the 52,000-strong crowd when he chipped in for an eagle from a bunker on the 10th hole during the third round.

McIlroy was nicely positioned heading into Saturday, and he continued his charge on moving day with a 3-under 33 on the front nine. The eagle on the 10th propelled him to a tie for the lead with Viktor Hovland.

On the par 4, McIlroy’s 334-yard drive found the bunker directly in front of the green. As he approached his second shot, the claustrophobic nature of St. Andrews’ course layout meant he backed off the ball twice because Cameron Young and Cameron Smith were teeing off from the ninth.

McIlroy then weighed up the shot again and from 27 yards out managed to hole the bunker blast. He emerged from the bunker, gave his caddie a hug and then raised an arm toward the crowd in celebration.

The reaction from the spectators at St Andrews after Rory McIlroy’s eagle at the 10th says it all.

It was the second eagle on the 10th on Saturday after Shane Lowry managed back-to-back eagles on the ninth and 10th earlier in the day.