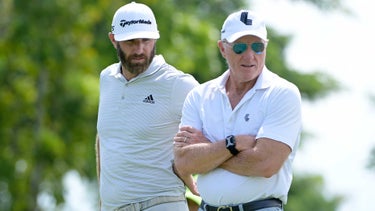 Check in every week for the unfiltered opinions of our writers and editors as they break down the hottest topics in the sport, and join the conversation by tweeting us @golf_com. This week, we discuss Tiger Woods next competitive start, LIV Golf’s failed attempt at earning OWGR points, underrated golf cities and more.

One day after LIV Golf announced a strategic alliance with the MENA Tour in the hopes of earning immediate world ranking points, the OWGR said it paused the league’s bid for them. A review of the changes is now underway. “I don’t think it really was much of a response,” Brooks Koepka said. “I just hate when you sit on the fence. Just pick a side. If it’s yes or no, just pick one.” Are you surprised by the decision, and how much of a setback is this for LIV?

Josh Sens, senior writer (@joshsens): This was like my patented heel-slice off the 1st tee: you could see it coming. I can’t imagine LIV was surprised. This felt more like an attempt by LIV to test around the edges and get a response out of the tight-lipped OWGR. Also quite possibly part of a longer-term legal strategy — evidence they might point to later to make a case that they’ve been treated unfairly. I don’t think LIV expected this end-around to work in the short run.

James Colgan, assistant editor (@jamescolgan26): Doesn’t matter how nice the suit is if you weren’t invited to the wedding in the first place. This felt a bit like switching your tie at the last second in the hopes the bouncer will let you through the door.

Jack Hirsh, assistant editor (@JR_HIRSHey): Not surprised at this at all. I have to agree with Josh here, if LIV Golf thought this was going to work … I don’t even know what to think. I guess why didn’t they try to do this earlier with their affiliation with the Asian Tour?

Dylan Dethier, senior writer (@dylan_dethier): I don’t think it’s a huge setback, but I think it’s still hard to get a full read on LIV’s attempt here. Was this aggression? Desperation? Laying the groundwork for future legal moves? I think LIV’s only risk here is a shot to its legitimacy — but perhaps they got an accelerated OWGR ruling in return.

Speaking of world ranking points, are they even needed? Some have argued you could get rid of them entirely. Is it plausible the professional golf world could scrap them and function just the same or better? Why or why not?

Sens: As much as a complete free-for-all of qualifying would be good, mad fun, I think there has to be some kind of system for the majors. But there’s no reason that the system has to be the OWGR. I’ve heard suggestions for a more fluid point system within the Tours (PGA / Korn Ferry, etc. ) where guys could/would move up or down from week to week to fill out fields. Someone smarter than I am would have to figure out the math but that seems promising, possibly fairer as a reflection of current form and definitely entertaining, allowing young stars to move up faster etc. The recent changes OWGR made to base points on entire field strength seems smart but the organization itself is opaque, which only creates skepticism about how it operates. Whatever happens, things should be more transparent.

Hirsh: Is the OWGR becoming the next BCS? Is there going to be a professional golf playoff? Oh wait! We already have that. As a snakebitten Penn State football fan, I’d love to see what would happen if the BCS formula was used to select the CFB Playoff. When it comes to formulas to determine rankings, I don’t think there’s really a way to make everyone happy, but I do think there does need to be some way of comparing pros from across different tours. I don’t think that could be done with a panel, there has to be some formula, and it was my understanding there would be no math, so I will differ in the creation and critiques of said formulas.

Colgan: Fortunately, golf isn’t cliquey, exclusionary or slow to recognize its stars, because those things would make abolishing the OWGR brutally bad for the sport. (Oh, golf is these things? Well then, perhaps we should stick with it!)

Dethier: No. This is an interesting thought experiment but ultimately a bad idea. One of golf’s chief crowns is the World No. 1 ranking. And there’s a legitimate value to comparing all top pros. The LIV issue will reach some imperfect resolution eventually. The World Ranking needs to endure.

Tiger Woods announced the star-studded field for the 2022 Hero World Challenge taking place on Dec. 1-4, but Woods was suspiciously absent. Seventeen players are currently committed, but the host, per usual for this event, left three spots open for exemptions. What are the chances Tiger will use one on himself?

Sens: If he’s feeling good — as in, he feels he has a chance of being competitive — he will play. I expect that will be the case.

Hirsh: I’d find it surprising he’d tee it up in the PNC Father/Son with Charlie two weeks after the Hero, but not play the Hero. He’s said he doesn’t want to use a cart on Tour, but this isn’t a Tour event. It’s a flat golf course, he could definitely use a cart and it benefits his charity for him to play. All signs point to him teeing it up, if his body is up for it.

Colgan: The chances are … pretty good! I think the bigger question is whether we’ll see Tiger utilize a cart (something he once stood unequivocally against) if he signs up to play.

Dethier: Yeah, he’ll play. Why not?

Despite a recent string of dominant play from Team USA, U.S. Ryder Cup captain Zach Johnson said he doesn’t believe they should be favored in Rome in 2023. The U.S., after all, hasn’t won an away match since The Belfry in 1993. But despite the Americans’ struggles overseas and with the European squad rebuilding, is there any reason to believe the U.S. won’t be the heavy favorites come next fall?

Sens: The Americans will be favorites and rightly so. But they won’t win. I said the same before the Cup in Paris, which i mention in a gloating kinda way, only because I’m so rarely right.

Hirsh: The Americans have never won over there in my lifetime, I didn’t know that was an option.

Colgan: History aside, we hardly know who’s going to be eligible to compete in this thing once the event happens next fall. I’d be surprised if the Euros were the betting favorites (they kinda never are), but I don’t think we’re signing up for a blowout in Rome.

Dethier: The U.S. team will be favorites based off sheer talent plus the result in Whistling Straits. This European team’s makeup is still very much in question, but we can be sure Vegas will favor the Stars and Stripes. That was the case in France too, though…

Sens: Cleveland. Great collection of well-priced public-access, Manikiki and Fowler’s Mill among them. And if you can somehow pull a string or two, the privates (including Canterbury, The Country Club) are musts. But .. about those Browns.

Hirsh: My former hometown of Bend, Oregon. A hidden gem on the other side of the Oregon Cascades from Portland, Salem and Eugene, there’s a few top resorts such as Tetherow, Pronghorn, Brasada Ranch, and Sunriver. A couple standout private clubs such as Bend Golf Club (a former home of mine) and Crosswater Club. There’s also a couple of standout daily fee courses like Juniper Golf Course in nearby Redmond. Drive about 90 minutes into the mountains and you’ll find Tokatee, a course with breathtaking mountain views at every turn. Not to mention, it’s a perfect appetizer for a Bandon Dunes trip, which is the most beautiful five-hour drive you’ll ever take away.

Colgan: Jacksonville has a sneaky number of great publicly accessible golf courses (both the cheap, fun kind and the expensive, flashy kind), but I love Pinehurst deeply. The resort courses rock. Tobacco Road rocks. Mid-Pines and Pine Needles would be the best courses in a thousand towns in the U.S. They’re maybe in the top 5 in Pinehurst. And Country Club of North Carolina — one of the lone private courses in the area — is an insanely fun slice of Southern royalty. On a per-capita basis, Pinehurst is the center of the golf world.

Dethier: Underrated? How about Traverse City, Mich.? You have Arcadia Bluffs and Forest Dunes for easy access, high-character island courses like historic Wawashkamo, plus loads of golf at reasonable prices at resorts like Crystal Mountain and Grand Traverse — northern Michigan has sneaky-good golf.