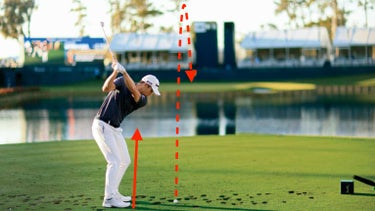 This week in Tour Confidential, we look ahead to the next Match, talk LIV Golf free agency(!), Augusta National jobs and more.

This week in Tour Confidential, we look ahead to the next Match, talk LIV Golf free agency(!), Augusta National jobs and more.

Check in every week for the unfiltered opinions of our writers and editors as they break down the hottest topics in the sport, and join the conversation by tweeting us @golf_com. This week, we look ahead to the next Match, talk LIV Golf free agency(!), Augusta National jobs and more.

1. According to multiple reports, Tiger Woods, Rory McIlroy, Jordan Spieth and Justin Thomas will star in the next edition of The Match, which is tentatively scheduled for Dec. 10 in the Tampa, Fla., area. This will be the first of the seven editions of The Match that will feature four pro golfers instead of a head-to-head battle or star from a different sport. Do you like the idea of getting back to the basics, or would you rather see another famous athlete who you don’t get to watch on the golf course every week?

Josh Sens, senior writer (@JoshSens): Better to mix it up. With most of these made-for-TV confections, the personality matters more than the profession. Tiger is an exception. Most of us want to see him in almost any setting, even if he rarely says anything interesting on mic. Otherwise, though, I’ll take good chemistry and engaging banter, and the relatable experience of watching a non-Tour pro struggle. The worst versions of these events feature Tour pros making lame jokes and forced conversation along with their birdies. Like that torturous Bryson-Brooks event. Elite ball-striking? The regular season already offers plenty of that. These one-offs should be more about offbeat entertainment, and you’re less likely to get that if you stick strictly to Tour pros.

Dylan Dethier, senior writer (@dylan_dethier): The timing of this event is pretty ideal and the personnel is, too. While Phil Mickelson’s personality carried the first several iterations of this event, Tiger Woods might be more comfortable with this crew, and we’re all eager to see him mix it up. Sens is right that offbeat is better — I loved the QB-only showdown this summer — but if we’re going back to all PGA Tour players, this is about as intriguing a matchup as it gets. These guys aren’t exactly playing for their legacies, but that’s fine. Looking forward to it!

James Colgan, assistant editor (@jamescolgan26): I dig it! The format was growing unquestionably stale, and in a weird way, ditching Phil’s clearly made-for-TV antics might help in the long run.

2. Just days after LIV Golf finished its inaugural season, ESPN reported Peter Uihlein will join Dustin Johnson’s squad, with Talor Gooch moving to Bubba Watson’s team. Sure, a minor move for a league trying to gain traction, but is LIV’s ability to swap players like this via free agency a major feather in its cap to grow interest going forward, or just another minor detail?

Sens: Reminds me of that time in the late-70s when the Red Sox traded the crafty left-handed pitcher Bill Lee for the light-hitting infielder Stan Papi. You remember that, don’t you? Of course you don’t. Maybe there will come a day when this whole team thing will make sense to me — the odd names, the over-the-top payouts that we’re somehow supposed to be excited about, the trades. But for now, it all strikes me as something that interests only the tiniest number of fans, and I’m not among them.

Dethier: In theory, both the team concept and the free agency bit could both be intriguing. Free agency is undeniably interesting; in the NBA it drives as much discussion as the actual season, arguably more. But it’s tough to build teams and allegiances out of nothing. If the 4 Aces all moved to Buffalo, N.Y., for example, and took on a Wegman’s sponsorship, their franchise might attract some loyal followers. For now it’s not clear what’s at stake for fans.

Colgan: LOL, Sens. Your point is well taken. Until we learn a little bit more about the financial and competitive implications of a free agent/transfer market, it’s not worth the ground it stands on.

3. Woods and McIlroy’s joint-venture TMRW Sports is set to become a much more jointed venture, thanks to investments from an incredible array of pro athletes, with the likes of Stephen Curry, Serena Williams, Sidney Crosby and myriad others buying in. What does this all mean to us, though?

Sens: Hate to keep playing the Scrooge role here, but I don’t think it means much beyond the fact that some very high-profile athletes (and/or their advisors) see it as a good investment. I don’t see how it alters the product that the rest of us will see. Woods and McIlroy have enough gravitational pull to bring anyone they want into their productions, so it’s not as if they needed extra help on that front. About those productions, the way they’ve been described so far, they sound a bit like a love child of The Match series and Holey Moley. I’ll refrain from commenting on how interesting that sounds to me.

Dethier: I don’t think it’s for you, though, Josh! And I think that’s fine. I think most diehard golf fans will be initially skeptical of the TMRW venture, and that’s also fine. But that’s true of Holey Moley, too, and that out-rates plenty of “big-time” PGA Tour events. So what’s the harm?

Colgan: I find myself growing increasingly skeptical about the influence a group of “celebrity investors” has on anything, but it’s probably not the worst thing in the world for TMRW’s long-term aspirations that a group of A-Listers has put their names behind it.

4. GOLF’s latest Top 100 Courses in the U.S. ranking will be unveiled on GOLF.com this coming week. What’s one course that hasn’t historically been in the Top 100 that should be?

Sens: Can I pick two? One is Chambers Bay. It enjoyed a stint on the list, but no longer. Its reputation took a hit after it staged the U.S. Open in less-than-optimal condition. But I think that’s unfair at this point. It belongs in the U.S. Top 100. I feel the same about The Loop, Tom Doak’s imaginative design in Michigan.

Colgan: Philly Cricket Club remains on my Mount Rushmore of golf courses some two years after I first played it, ahead of some other Top 100 spots. It’s an easy pick.

5. Ironically, during a week in which GOLF.com released mini features on a dozen of the best jobs in golf (you can check them all out right here), we also stumbled upon Augusta National jobs! The Masters has a temporary workforce unlike any other, and right now, they’re hiring for the 2023 Masters. Quick, what’s the one job you’d gladly apply for to snag for Masters week 2023?

Sens: Honorary starter. The first topped tee shot ever struck in the history of the ceremony.

Dethier: “Player” would be fun. Otherwise I’d like to be the low-key security who lurk behind Amen Corner. Would be pretty cool to get a solitary view from behind the 12th green where you could take in the action.