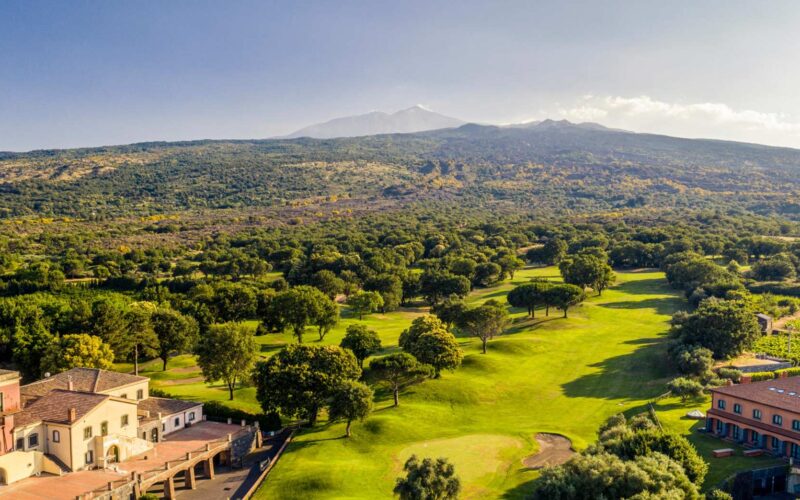 Welcome back to the Monday Finish, where we’re just looking for an invite to one of these team events. Not the Match? Not the PNC? Not even the QBE? Sigh…

FIRST OFF THE TEE

Consulting mega-firm McKinsey worked with the Kingdom of Saudi Arabia to build out Vision 2030, Crown Prince Mohammed bin Salman’s master plan for the country’s future. So it’s no surprise that McKinsey was also involved in the vision for LIV. This week the New York Times reported on documents prepared by McKinsey, which evaluated potential futures for the breakaway league at its outset. Its three paths (success, failure, something in between) ranged from a business generating $1.4 billion in annual revenue by 2028 (that’s the rosy vision) to a business losing $355 million annually — before interest and taxes.

Ah, to be a consultant.

There were a few interesting nuggets in the report, including a 12-player roster of players McKinsey suggested that LIV go after. They’ve acquired four of those players: Phil Mickelson, Sergio Garcia, Dustin Johnson and Henrik Stenson. I’m surprised figures like Bryson DeChambeau and Brooks Koepka wouldn’t have been on that list, but perhaps the documents predated their rise.

We also learned that the LIV operation is known internally as “Project Wedge,” presumably a double meaning for the golf club and the wedge it would drive into the sport. (Mission accomplished on that front.)

LIV organizers also considered “assembling an all-star board” that would include businesspeople and athletes, but that doesn’t seem to have come to fruition. It also discussed governor of the Saudi Public Investment Fund, Yasir al-Rumayyan, who is a golf nut and is heavily involved in overseeing LIV’s operations. Just how involved is up for debate: the PGA Tour alleges he’s the “wizard behind the curtain” rather than CEO Greg Norman and pays attention to the “tiniest detail.” PIF attorneys, meanwhile, suggest he gives only high-level oversight.

The question raised by the article remains unanswered: What’s LIV’s end game? Is it money? Legitimacy? A combination? Details like al-Rumayyan’s passion for golf may help us understand as well as anything else. As for the question of profitability? Given the PIF’s impossibly deep pockets, one expert quoted in the story suggested that doesn’t particularly matter.

“The margins might be thin, but that doesn’t really matter,” said Simon Chadwick, a professor of sport and geopolitical economy at Skema Business School in Paris. “Because subsequently you’re establishing the legitimacy of Saudi Arabia — not just as an event host or a sporting powerhouse, but legitimate in the eyes of decision makers and governments around the world.”

Who won the week?

This has been covered by, well, everyone, so I figure we’ll skip on the Match recap. Except to say that it was fun, night golf makes for some terrific visuals and Jordan Spieth and Justin Thomas sure seem tough to beat! Tiger Woods looks a long way from walking 72 holes. He won’t attempt that for a while, anyway.

Instead, let’s talk about…

I know I’m not alone in my voracious recent consumption of White Lotus, which wrapped its second season on HBO on Sunday night. I admired the depth of its characters, particularly the inscrutable Daphne. I admired the range of its creator/director Mike White, who also wrote and acted in School of Rock (shoutout Ned Schneebly) and participated in Survivor, among other things. And I admired the ridiculous Sicilian scenery; the hotel hangs over the Ionian Sea, a volcano looms in the distance, the waves and rocks and trees and streets and cliffs all feel alive. Which left me with one important question:

Where would all these people play golf?

The answer is actually pretty simple, since there aren’t many options in the area. Filming for this season’s White Lotus took place at the San Domenico Palace in the hilltop town of Taormina. HBO bought out the luxury hotel — whose rooms start around $1400/night and only go up from there — for two months for filming.

The closest course, just a 32-kilometer drive away, is also the oldest operating 18-hole club in Sicily. Il Picciolo Golf Club was developed in 1989 by architect Luigi Rota Caremoli. It looks breathtaking; the course sits by the foot of Mt. Etna, the tallest active volcano in Europe (and the volcano from the show), it sits just inside the boundaries of Etna Nature Park and its fairways are “carved from lava rock,” according to one description. And rates cap at a relatively modest 85 euro, which comes out to about 90 U.S. dollars.

There’s a hotel there, too — the Il Picciolo Etna Golf Resort and Spa — in case White Lotus has booked up the original property for years to come. That’s a real possibility, given interest in staying at the San Domenico has increased tenfold in recent months. (Maybe there will be some golf scenes in Season 3.)

It’s PNC Championship week, which means we’re about to enter the Tiger-and-Charlie vortex. So how should we feel about that?

Honestly? Generally good, if slightly apprehensive. I went to the PNC last year and it was a low-key, feel-good affair. There were a manageable number of (extremely enthusiastic) fans following Team Woods. Both father and son were loving the moment and playing their hearts out under the gun. It felt like a big deal but not only in the way all sports do; when they didn’t quite pull off the win everybody still left happy.

But away from the course was something else. The modern media economy takes cool new things and absolutely pummels them into oblivion. There’s no such thing as measured coverage anymore; the process is too efficient. Fame comes overnight and it crashes like a 30-foot swell, and it’s tough to know what effect Charliemania would have on Charlie.

Tiger knows all about youth and fame — he was on national TV at age 2 and regularly conducted big-time interviews beginning at age 14. That was before social media, though. So I was curious to hear Woods’ thoughts on the attention paid to Charlie, which he revealed on Bridgestone’s “Another Golf Podcast” last week.

“When we’re out there playing I’m his dad, so I’m protective of him,” Woods said. “Obviously I want him to do the best he possibly can. I want him to learn from everything. But I also want to protect him from, like, all of this. The environment. Especially this day and age. When I grew up there were no camera phones, there were no videos. I try to shoo people away, ‘let him enjoy, don’t put any pressure on him, let him play, let him be a kid, OK?’”

This will be Team Woods’ third year playing the event together, though it’s the first time Woods has spoken so directly about his concerns for his son growing up in the spotlight.

Woods had told the NBC broadcast crew at last week’s Hero World Challenge that he’d encouraged Charlie to model his swing after Rory McIlroy rather than himself. He wishes other people would resist the obvious Tiger-Charlie comparisons, too.

“Don’t compare him to me, he’s not me. He’s Charlie,” he said. “He’s going to be his own person. And whatever road he goes down, he’s going to go down his own road. And he’s going to create his own path. And that, to me, is so important as a father, that I provide that environment and that support. That he can go down whatever path he wants to, I just want him to do the best at it.”

3 things to watch this week.

Last spring we trekked to Colorado to take on the famed 9-9-9-9-9 Challenge. What does that consist of? Check it out (and subscribe for more stuff coming down the pike!):

And Mike Thomas, and Petr Korda, and all the Golf Dads competing in the PNC that aren’t on famed Team Tiger. One of the blessings of the Woodses competing is that they’ll shine a light on the other fun family dynamics that make this weekend’s action worth watching.

I’m a sucker for a bizarre golf shot, and this certainly fits that description — this also doubles as a hat tip for Theegala, who played his heart out this weekend and is primed for a big-time 2023.

We’ll see you next week!