Tiger: LIV players ‘turned their back’ on PGA Tour 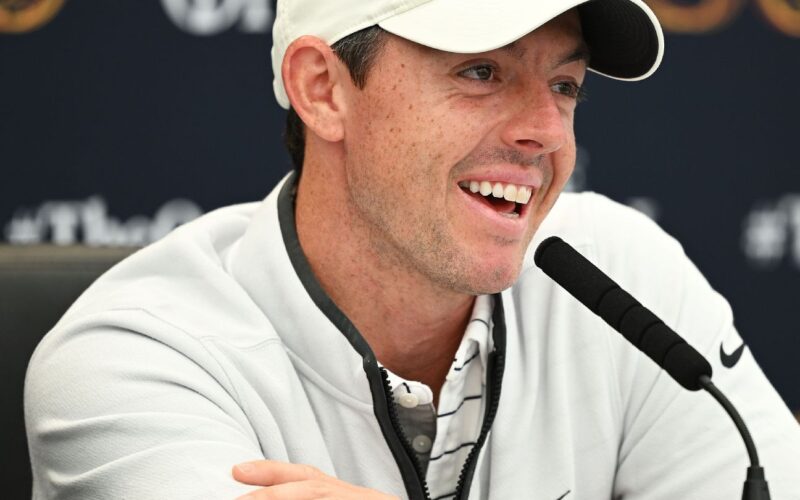 ST. ANDREWS, Scotland — Tiger Woods blasted LIV Golf during a news conference at the 150th Open Championship at St. Andrews on Tuesday, offering his sharpest criticism to date of PGA Tour players who were lured to the Saudi Arabian-financed circuit by lucrative signing bonuses.

In some cases, high-profile players such as former major champions Bryson DeChambeau, Dustin Johnson and Brooks Koepka received guaranteed deals worth more than $100 million from the new circuit being fronted by two-time Open winner Greg Norman.

“I disagree with it,” Woods said. “I think that what they’ve done is they’ve turned their back on what has allowed them to get to this position.”

Woods, a 15-time major champion, also wondered how players could jeopardize their opportunities to play in major championships. The LIV Golf Invitational Series is not yet recognized by the Official World Golf Ranking, so its players did not receive world points for its first two events in London and Portland, Oregon.

“Who knows what’s going to happen in the near future with world-ranking points, the criteria for entering major championships,” Woods said. “The governing body is going to have to figure that out.

Woods, whose three Open Championship wins include victories at the Old Course in 2000 and 2005, said he supported the R&A’s decision not to invite Norman to St. Andrews for the celebration of the 150th Open. In a statement, the R&A said it wanted to avoid distractions during the celebration week.

“The R&A obviously have their opinions and their rulings and their decision,” Woods said. “Greg has done some things that I don’t think is in the best interest of our game, and we’re coming back to probably the most historic and traditional place in our sport. I believe it’s the right thing.”

On Monday, the PGA Tour acknowledged that the United States Department of Justice has opened an investigation into the tour’s handling of players who threatened to leave for LIV Golf and whether the tour’s requirements for members to have conflicting-event releases to play in other events constituted anticompetitive behavior.

Two player agents confirmed to ESPN that they had been contacted by the DOJ about their clients’ willingness to be interviewed by attorneys for the federal government. It’s just the latest development in a rift that has engulfed the sport this season.

“I know what the PGA Tour stands for and what we have done and what the tour has given us, the ability to chase after our careers and to earn what we get and the trophies we have been able to play for and the history that has been a part of this game,” Woods said.

“I know Greg tried to do this back in the early ’90s. It didn’t work then, and he’s trying to make it work now. I still don’t see how that’s in the best interests of the game. What the European Tour and what the PGA Tour stands for and what they’ve done, and also all governing bodies of the game of golf and all the major championships, how they run it. I think they see it differently than what Greg sees it.”

Woods, who will be playing in only his third official tournament since he was seriously injured in a car wreck outside Los Angeles in February 2021, played nine more practice holes Tuesday morning. He has now walked 58 holes since arriving in St. Andrews on Saturday.

Although the Old Course isn’t as hilly as Augusta National, where he made his return to competitive golf at the Masters in April, or Southern Hills, the site of the PGA Championship in May, Woods said it was still a difficult walk for him on his surgically repaired right leg.

“It’s still not easy,” Woods said. “Granted the inclines are not steep in any way. They’re not — the declines are not steep. But it’s the unevenness that is still difficult on me. I have a lot of hardware in my leg. So it is what it is. It’s going to be difficult.”

Woods said he plans to practice Wednesday but won’t walk any more holes. He tees off in Thursday’s first round at 9:59 a.m. ET with U.S. Open champion Matt Fitzpatrick and Max Homa. They start the second round at 4:58 a.m. ET on Friday. The quick turnaround won’t be easy on Woods’ body, either.

“Yes, the walk is certainly a lot easier than those two championships that I played in before this year,” Woods said. “I’m able to walk a lot more holes. Also, then again, I’ve gotten a lot stronger since then. I spend more time now that I’ve gotten a chance to work in the weight room and get stronger and get the endurance better in my leg.”

At least one other player in the field, 2014 Open winner Rory McIlroy, believes Woods can be in the hunt for another Claret Jug, especially if the wind keeps howling off the North Sea. McIlroy played four holes with Woods in Monday’s Celebration of Champions and said he was “moving better than I’ve seen him move in a while.”

“I think the way the golf course is and the way the conditions are, I could certainly see it,” McIlroy said. “It’s going to be a game of chess this week, and no one’s been better at playing that sort of chess game on a golf course than Tiger over the last 20 years.”

Less than 17 months after his car accident, after which Woods said surgeons almost decided to amputate his right leg, he’s simply happy to be playing golf again.

“For the most part of my rehab I was just hoping that I could walk again, you know, walk normal and have a normal life and maybe play a little hit-and-giggle golf with my son or my friends at home,” Woods said. “But lo and behold, I’ve played championship golf this year. And once I realized that I could possibly play at a high level, my focus was to get back here at St. Andrews to play in this championship being, as I said, it’s the most historic one we’ve ever had.

“I just didn’t want to miss this Open here at the home of golf.”