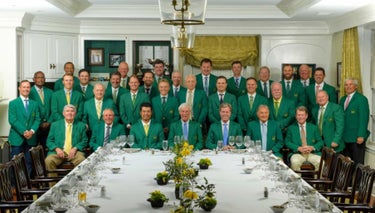 Adam Scott played the WM Phoenix Open for the first time last year, but he won’t be back at the designated event this year.

Adam Scott played the WM Phoenix Open for the first time last year, but he won’t be back at the designated event this year.

With all the changing and squeezing events into place for the 2023 PGA Tour Schedule, some things got a little confusing. At least for Adam Scott, apparently.

After opening 2023 with back-to-back starts in Hawaii, Scott said after his T21 finish at the Sony Open he planned to take about a month off and head back to his home in Australia. He said we would return for the Genesis Invitational Feb. 16-19.

“I’ll just be at home practicing and relaxing for a little bit,” Scott said. “Preparing myself for a pretty intense February through August.”

With the new designated events, the schedule for many of golf’s top stars has become a little more clear, especially during a stretch in February and March when there are four designated events in five weeks, culminating at the Players Championship. But that also makes scheduling off weeks a little more tricky.

Players are allowed to skip one of the 17 designated events before it counts against their PIP bonus money, and Scott will miss the WM Phoenix Open (he played it for the first time last year), which starts the four-out-of-five-week run of designated events. A week later is the Genesis.

But Scott, who was announced Monday as a new member of the PGA Tour’s Player Advisory Council, didn’t actually intend for it to go down this way. He chalked it up to some confusion over the new schedule.

“I don’t have a good reason for you,” the 42-year-old said. “The embarrassing reason is I actually thought it went Phoenix, Pebble, LA, so I didn’t even consider it from the beginning.”

The Phoenix Open was played the week before the AT&T Pebble Beach Pro-Am up until last year. With the Super Bowl moving a week later, Pebble and Phoenix traded places on the schedule so the Phoenix event would stay on Super Bowl weekend.

Of course, it’s not too late for Scott’s schedule to change, but he seems content with the travel schedule as is.

“I think spending a little time at home in Australia seems too good for me after two and a half years of not going home, so an extra week is nice,” he said.