Sorenstam back on top of LPGA Tour leaderboard 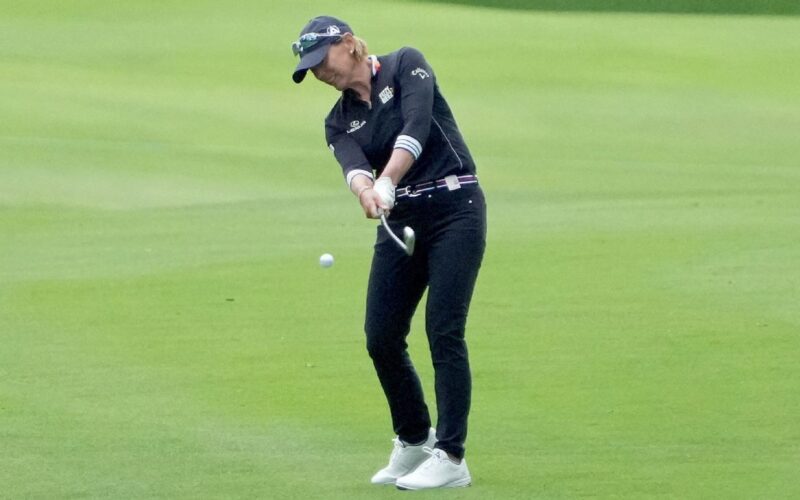 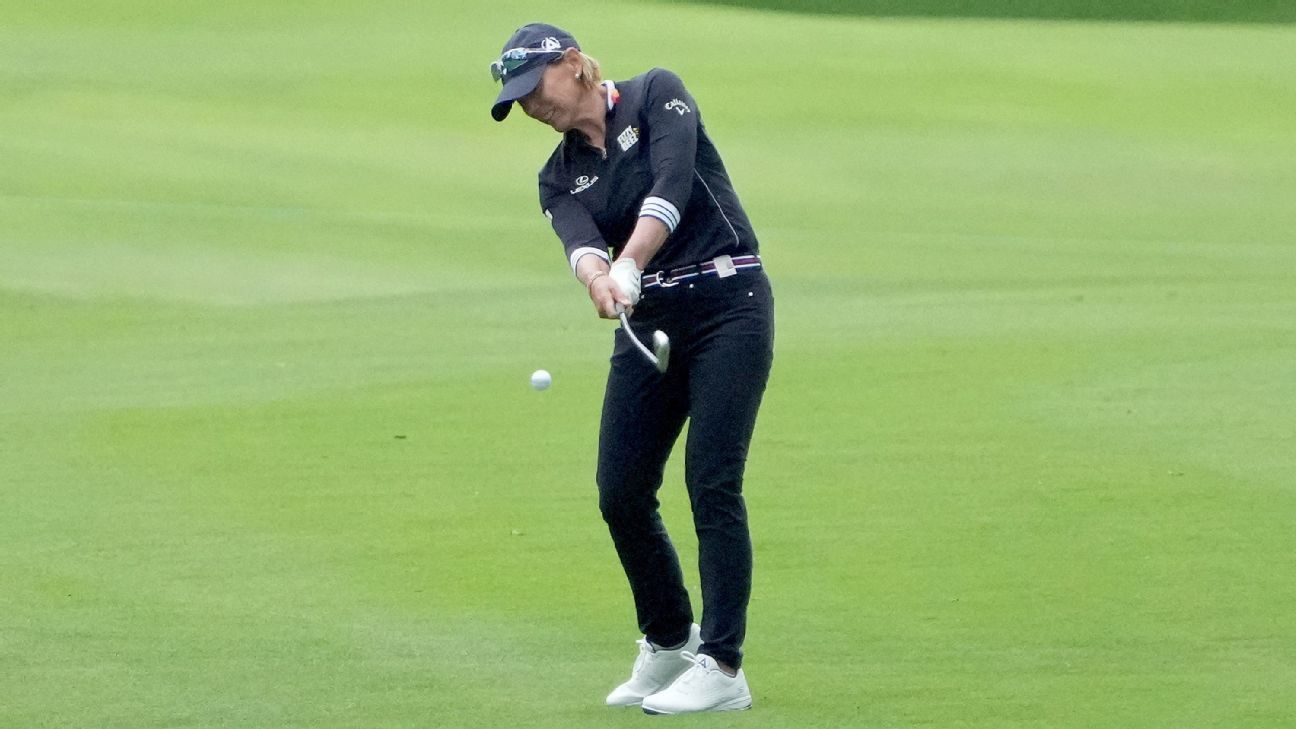 MIDLAND, Mich. — Hall of Famer Annika Sorenstam was back on top of an LPGA Tour leaderboard Wednesday, teaming with Madelene Sagstrom in the Dow Great Lakes Bay Invitational.

Sorenstam and Sagstrom shot a 5-under 65 in alternate-shot play at Midland Country Club for a share of the first-round lead with fellow late starters Pauline Roussin and Dewi Weber.

“It is different because it’s a team format,” Sorenstam said. “I have a great partner. I mean, I guess, I really don’t think about it, but it’s nice to see your name on the board somewhere. I just try to focus on my game and do what I can with the skill set I have today.”

Sorenstam, 51, is making her second LPGA Tour start of the year and only her third since retiring after the 2008 season. The teams will play better ball Thursday and Saturday and alternate shot again Friday.

“It really was fun,” Sorenstam said. “I think we had really good chemistry. We had a good time. I was excited to be here and I told that to Madelene on the range. I was really kind of pumped and looking forward to playing.”

Sorenstam missed the cut in the U.S. Women’s Open last month, then tied for fourth last week in Nevada in the American Century Championship against mostly men.

“I really didn’t feel any pressure from my partner,” Sorenstam said. “I just felt good about most of the shots. I mean, there were a few that obviously could have been a little better and maybe a little bit more aggressive on my putts, but overall, it was calm golf. It was fairways. It was greens.”

Sagstrom won the 2020 Gainbridge LPGA at Boca Rio for her lone tour title. They made the turn in 3 under, ran off three straight birdies on Nos. 12-14 and dropped a stroke on the par-4 16th with their lone bogey.

“I was, like, ‘This is too perfect,'” Sagstrom said. “It worked out so great. I hit some good drives too to give her some good opportunities. We just took advantage of some of the opportunities we had. We had plenty more, but it was overall just a really fun day.”

Weber and Roussin are both winless on the tour. They had a bogey-free round, finishing on the front nine just after Sorenstam and Sagstrom completed play on the back nine.

Sorenstam and Sagstrom played alongside Lexi Thompson and Brittany Altomare, with the Americans shooting 71 in the round delayed 2 hours, 40 minutes because of morning rain.

Jennifer Kupcho and Lizette Salas topped the group at 68. Sisters Nelly and Jessica Korda were at 69, with 47-year-old Karrie Webb and Marina Alex.

The tournament is scheduled to end Saturday so players can head to France next week for the fourth major of the year at the Evian Championship. That will start the European portion of the LPGA Tour schedule that includes the Women’s British Open at Muirfield.