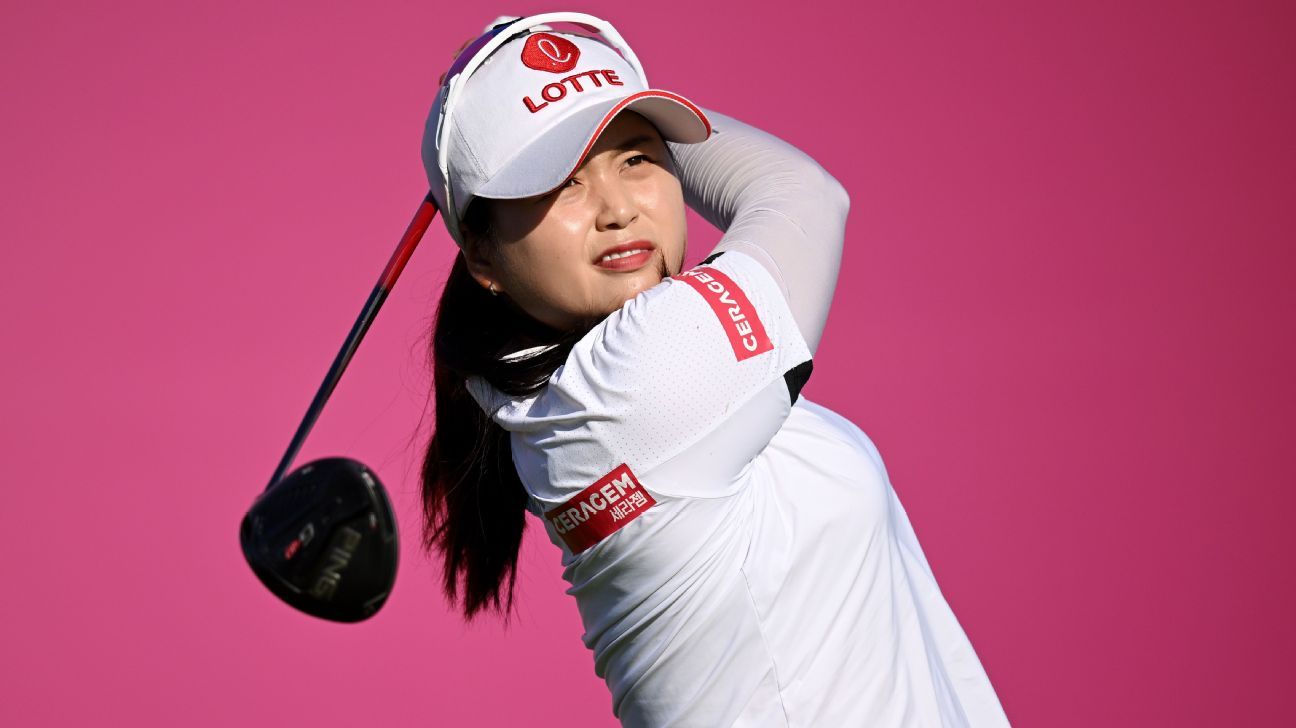 OTTAWA, Ontario — Hye-Jin Choi shot a 5-under 66 to join fellow South Korean rookie Narin An atop the leaderboard Saturday in the Canadian Pacific Women’s Open.

Choi matched second-round leader An at 16-under 197 at Ottawa Hunt and Golf Club. In July in Michigan, An and Choi teamed to finish sixth in the Dow Great Lakes Bay Invitational.

“Obviously, we’re both focusing on our individual play when we played together today, but I hope we both play well tomorrow and put up a good score,” Choi said.

“In general, I didn’t like my play today as much as I did yesterday and two days ago,” An said. “But I think not making any big mistakes is a positive to take away.”

First-round leader Paula Reto of South Africa was a stroke back after a 67.

Third-ranked Nelly Korda (68) and Sarah Schmelzel (66) were 14 under. Korda is coming off her first victory of the year in the Aramco Series on the Ladies European Tour, where she rallied from seven shots back against sister Jessica.

“We always say this is like our sixth major,” Korda said. “The crowds are amazing. I feel like so many proud Canadians come out and support us. It’s a big event. It would be nice to be on that champion’s list.”

Maddie Szeryk was the top Canadian, shooting a 69 to get to 9 under.

Canadian star Brooke Henderson, the 2018 winner at Wascana in Regina, Saskatchewan, was tied for 60th at 3 under after a 73.