Rory McIlroy, Viktor Hovland and more: Reasons why each can and can’t win on Sunday at The Open 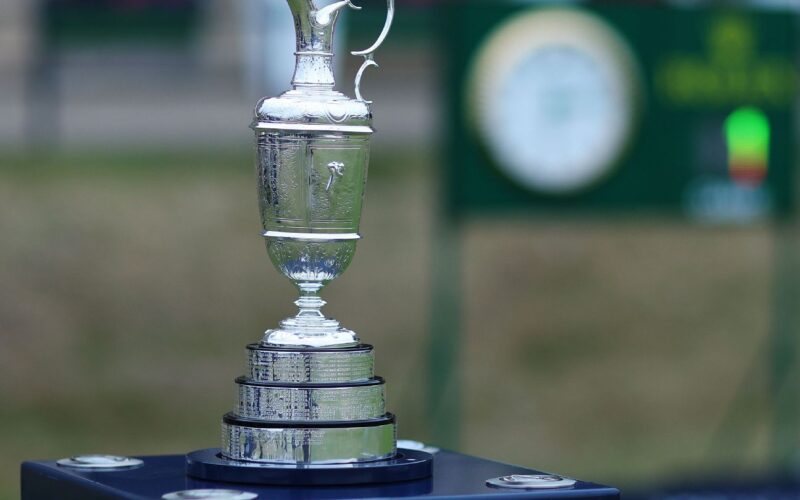 ST. ANDREWS, Scotland — The 150th edition of The Open might very well end up going down as one of the best ones in its storied history, depending on what happens on the Old Course at St. Andrews on Sunday.

Seven of the top 12 players in the Official World Ranking are within 8 shots of the co-leaders, Viktor Hovland and Rory McIlroy, who are 16 under and have a 4-shot advantage going into the final 18 holes.

There are plenty of storylines: McIlroy will attempt to end an eight-year drought without a major. Hovland, Cameron Young, Cameron Smith, Si Woo Kim and Tommy Fleetwood will be chasing their first major victories. Scottie Scheffler, who is 5 shots back, will attempt to put a bow on one of the greatest seasons in golf history. U.S. Open winner Matt Fitzpatrick will try to win a second straight major.

Are we headed for a shootout between Hovland and McIlroy in the final round, or will the Old Course finally show its teeth and allow others back into the mix?

“I don’t know,” Hovland said. “There’s a lot of things that can happen. In these conditions and these pin placements, you can play fine and shoot around even par, and then that brings in a lot of other guys as well. So it just depends what the conditions are going to be like [Sunday], the pin locations, and just frankly how we play.”

Who’s going to win the Claret Jug on Sunday? Here’s why the top contenders will win and why they won’t:

Why he can win: Hovland, who learned to play golf in an indoor facility in Norway, is one of the most talented young players in the world. The 24-year-old has already won twice on the European Tour and three times on the PGA Tour, including the World Wide Technology Championship at Mayakoba in November. He is the first Norwegian player to hold a lead or co-lead after a round at a major.

“I don’t think there’s any other place that would top it,” Hovland said. “Growing up in Norway, I always watched the Open Championship for way longer than I ever did, for example, the Masters. Yeah, to win a major that’s closest to home, that would be really cool.”

Hovland drives the ball extremely well and is a great ball striker. He came into the week ranked 10th on tour in shots gained: approach the green. He hit 44 of 54 greens through the first three rounds at the Old Course. Hovland also is becoming a better putter; he made putts of 38 feet, 42 feet and 19 feet during a streak of four straight birdies on Saturday.

Why he can’t win: As talented as Hovland is, he hasn’t been great in the majors, albeit in limited opportunities. He doesn’t have a top-10 finish in his past eight major starts as a pro. His best finish in a major is a tie for 12th, which he did as the low amateur at the 2019 U.S. Open at Pebble Beach and in last year’s Open at Royal St. George’s.

As good as Hovland’s putter has been lately, will it hold up under pressure? And what about the rest of his short game? His chipping has been atrocious during the early part of his career. He came into the week ranked 204th in shots gained around the green. Will it bite him during the final round?

Why he can win: Outside of Scheffler, McIlroy might be the best player in the world this season. He has won twice on tour and finished in the top 10 of each of the first three majors for the first time in his career, including a solo second at the Masters. He drives the ball as well as anyone and is putting the ball at a world-class level.

Even though McIlroy hasn’t won a major in nearly eight full seasons, he has been exceptionally good on the weekends of majors. Yes, some of his success came when he was out of contention and back-doored his way into top-5 finishes. Still, according to ESPN Stats & Information research, McIlroy is 33 under in the final round of majors, best by any golfer in the Masters era. He’s going to have most of the gallery behind him on Sunday, and it feels like it’s finally McIlroy’s time again.

Why he can’t win: How many times have we been here before? There have been 30 majors played since McIlroy won his latest one, the 2014 PGA Championship at Valhalla. Twenty-two golfers have won majors during that span, but not McIlroy. Can he finally avoid the disasters that have derailed his chances in the past?

Why he can win: The PGA Tour rookie has looked like he belonged since his second start of the season, when he tied for second at the Sanderson Farms Championship. Since then, Young tied for second at the Genesis Invitational and tied for third at the PGA Championship. He already has five top-10s in his first 20 starts. Clearly, the New York product isn’t afraid of the big stage.

Young, who played at Wake Forest, is one of the longest hitters off the tee on tour. He averaged a whopping 369.6 yards per drive on Saturday. His iron play has also been better this week, too. He led The Open field in shots gained: tee to green by more than a stroke in each of the first two rounds.

Why he can’t win: Young is playing in his first Open — at the “home of golf” no less. Can there be any more pressure than that? It’s not that first-timers never win The Open in their debuts; Collin Morikawa did at Royal St. George’s last year. But it has happened only 10 times in 150 years, and Young is a rookie.

Why he can win: Smith loves birdie fests (his 34-under total at the Sentry Tournament of Champions is evidence) and no one on tour has been better at converting birdie chances than him this season. He has also performed well under pressure. When Smith won the Players in March, he had eight one-putts in the final nine holes to put it away.

The Australian is one of the best putters in the world, and his flat stick was red hot through the first two rounds. He made an incredible 253 feet of putts when he shot 8-under 64 in the second round. Even though Smith missed more than a few opportunities in the third round, he won’t be lacking in confidence on Sunday. It’s obvious he doesn’t fear much, considering his shirt selection on Saturday.

Why he won’t win: As good as Smith’s putter was over the first 36 holes, it wasn’t very reliable at all on Saturday. After needing only 28 putts in each of the first two rounds, he needed 35 in the third. Smith missed a 5-footer on the very first hole and made a bogey. He never got anything going from there.

Just like his tee shot at the 12th hole in the final round of the Masters, which splashed into Rae’s Creek and resulted in a triple bogey, you have to wonder if Smith’s double bogey on No. 13 on Saturday might have cost him another chance at his first major victory.

Why he can win: In its 150-year history, The Open has produced some pretty unexpected champions, including Ian Baker-Finch (1991), Paul Lawrie (1999), Ben Curtis (2003) and Todd Hamilton (2004). Kim would certainly fit the bill, given his recent form and history in majors.

Give the South Korean player credit, though. He is imaginative and has some guts. On Saturday, he hit a fabulous flop shot from on the green on the Road Hole and saved par. He’s a three-time winner on tour, so it’s not like he has never won before.

Why he can’t win: It’s probably asking too much of Kim to put together a round that would take down the best players in the world.

Kim picked up his third PGA Tour victory at the American Express in January 2021, but he hasn’t done much this season. He has one top-10 finish in 24 starts, at the Sanderson Farms Championship in October, and had missed the cut in each of his past three starts. He has never had a top-10 in 22 major starts and had missed more cuts (11) than he had made (10).

Why he can win: Scheffler is the No. 1-ranked player in the world and has won more than anyone else this season. He had never won on tour coming into 2021, but then he picked up four victories in six starts this spring, including the Masters. He tied for second in the U.S. Open.

Scheffler is even-keeled and seems unfazed by pressure. If he wins the Claret Jug, he’ll be the author of one of the greatest seasons in golf history. Only four other players have won five times in a single season, including the Masters and The Open: Ben Hogan in 1953, Arnold Palmer in 1962, Tom Watson in 1977 and Tiger Woods in 2005. That’s some elite company, and that’s how good Scheffler has been over the past five months.

Why he won’t win: Is Scheffler too far back? The biggest Open 54-hole comeback came in 1999, when Lawrie rallied from a 10-shot deficit. Unfortunately for Scheffler, Jean van de Velde isn’t ahead of him on the scoreboard. Padraig Harrington and Ernie Els came back from 6 shots back in 2007 and 2012, respectively.

“Guys are pretty good at golf,” Scheffler said. “There’s a lot of talent out here and I’m hanging in there. Outside of a few putts going in [Saturday], I could have been a lot closer to the lead, but that’s how it goes. I hit a lot of good putts out there. They’re just dodging the cup. But looks like I’ll probably be about 6 shots back going into [Sunday]. Never know what can happen.”

Why he can win: DJ is one of the best players in the world and has won 24 times on tour, including two majors. How much talent does he have? On Sunday, Johnson skulled his tee shot on No. 18, one of the most famous holes in golf, but still somehow made birdie. He got as low as 12 under after 12 holes in the third round but made too many mistakes down the stretch. Still, he has the talent to come back if the leaders falter on Sunday.