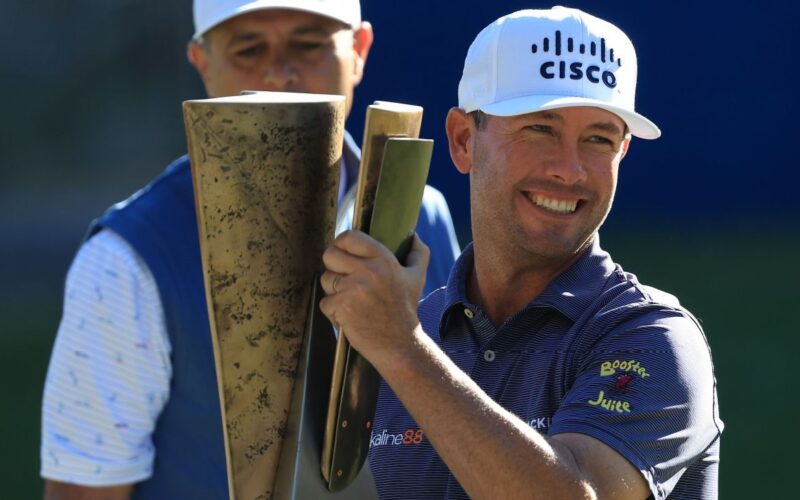 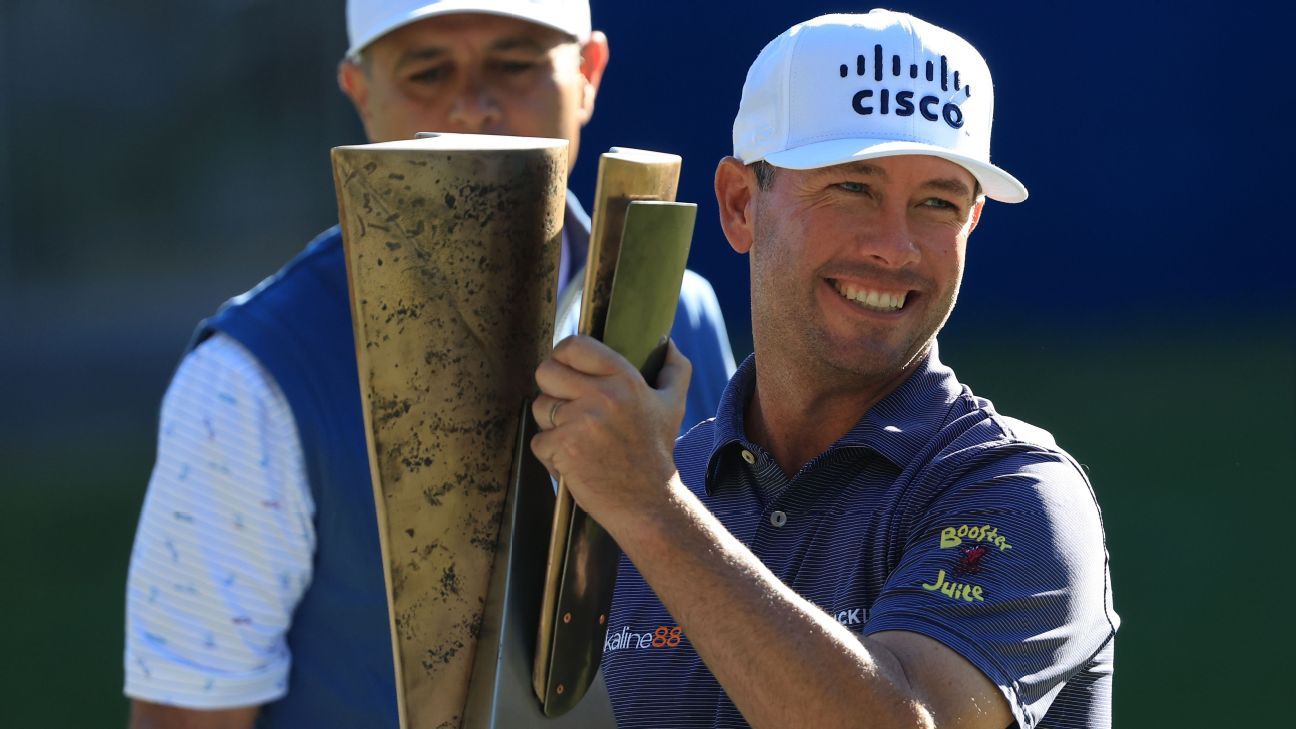 TRUCKEE, Calif. — Chez Reavie won the Barracuda Championship on Sunday, holding on in the breezy final round of the PGA Tour’s lone modified Stableford scoring event for his third tour title.

Six points ahead entering the day, Reavie had a six-point round for a one-point victory over Alex Noren on Tahoe Mountain Club’s Old Greenwood layout.

The 40-year-old Reavie became the first PGA Tour winner 40 or over since Lucas Glover a year ago in the 2021 John Deere Classic. The Arizona player finished with 43 points.

“I’ve been working hard,” Reavie said. “I’ve been hitting the ball and I knew I could do it. I just kept grinding, and here we are.”

With the event also sanctioned by the European tour, Reavie earned spots on both tours through the 2024 seasons. He also won the 2008 Canadian Open and 2019 Travelers Championship.

Reavie had four birdies and two bogeys Sunday. Players get five points for eagle and two for birdie, while a point is deducted for bogey and three taken away for double bogey or worse.

“I just stayed patient,” Reavie said. “I knew I was going to have to. I knew some guys were going to make a lot of birdies early. I was hoping to be one of those guys, but the putter was kind of letting me down early. Just tried to keep it as close as I could to the hole and give myself some good looks.”

Noren had a 14-point round. The Swede is a 10-time winner on the European tour who joined the PGA Tour in 2018.

“I love this course,” Noren said. “It was pretty tricky today with the wind. It’s been a roller coaster of a week, obviously, but when you make the cut, you think, well, this is a great week anyway, and then I played good on the weekend and had a blast today.”

Martin Laird was third at 38 after a seven-point day.

“Really tough out there in the wind.,” Laird said. “It was gusting all over the place. I think I started six back of Chez, so I knew he was obviously playing really well. I’d have to play a pretty special round today to catch him.”

Mark Hubbard finished fourth at 37, and Scott Gutschewski was fifth at 35.