Planning a golf trip to Hawaii? Here are 5 things to know 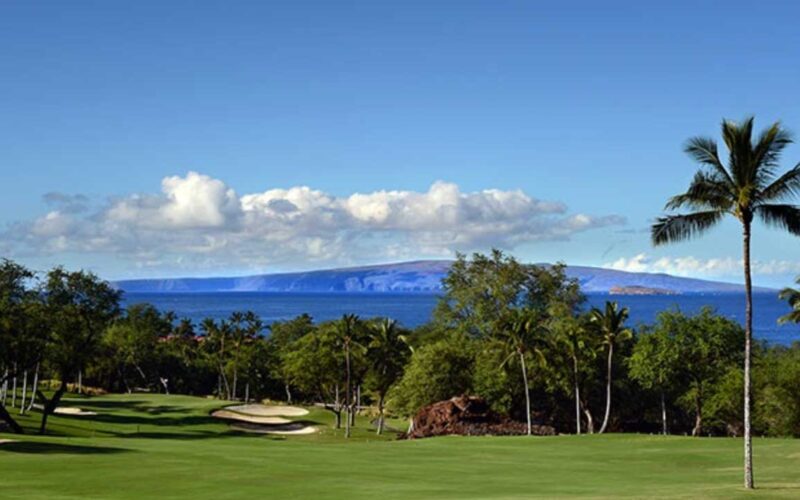 The Hawaiian islands are home to some 75 courses, the majority of which are public. Here are 5 things to know when you plan your trip.

The Hawaiian islands are home to some 75 courses, the majority of which are public. Here are 5 things to know when you plan your trip.

Welcome to GOLF’s Travel Mailbag, a series in which members of our staff field your course- and travel-related queries. Have a question for a future mailbag? Tweet us at @golf_com.

Hawaii’s back on TV.

We’d understand if it’s also on your mind.

Maybe you’re dreaming of a golf trip to our 50th state.

Not a bad idea.

The Hawaiian islands are home to some 75 courses, the majority of which are open to the public.

For planning purposes, here are 5 other things to know.

Hawaii is the most isolated populated land mass in the world, but that only matters if you’re rowing.

Flight times from the West Coast are a shade over five hours, and multiple carriers offer direct service to four of the five islands where golf is played: Oahu, Kauai, Maui and the Big Island (Lanai is the exception; there is no direct service from the mainland).

You can travel between the islands by plane or ferry, both of which are relatively affordable — relative being the operative word. Hawaii is not the most expensive tropical destination in the world, but no one would ever call it cheap.

Unlike any number of golf-rich destinations, Hawaii does not scream ‘buddies trip!’

For the most part, courses aren’t tightly clustered and fringed by four-person cabins to which you stumble back after a long day on the links to sip scotch and fall asleep in front of SportsCenter. Even resorts that have multiple courses cater more openly to families, honeymooners and executive travelers than they do to groups of golf nuts looking to do little else but peg it.

In short, you can find a lot of great golf, but it’s not the first place you’d go with an 8-some of pals for a multi-day, dawn-to-dusk Bandon-like experience.

The courses vary in style and cost

Many of the marquee layouts are part of high-end resorts and charge accordingly. At the Plantation Course, in Kapalua, for instance, where this week’s Sentry Tournament of Champions is being held, the standard rate is $459 plus tax.

But Hawaii also abounds in public and municipal courses that offer great bang for the buck: Wailua on Kauai, Kohuku on Oahu, Maui Nui on Maui, Makalei on the Big Island. The list goes on.

The rainiest stretch in Hawaii is from November to March, but if you don’t like the weather, just wait a bit. Or drive a little ways. Just as golf course styles vary around the islands, so do weather conditions. It can often be dumping in one location, and sunny just a few miles away.

Oahu has the most

Hawaii’s courses are spread out among five islands, but they are not distributed equally. Where Oahu has 40 courses, the most of the islands, Lanai is home to the fewest, with just two courses: Manele, a spectacular bluff-top course that is part of a Four Seasons, and Cavendish Golf Course, a nine-hole track that is free to play.

If you’d like to see more courses on Lanai, drop a note to the tech mogul Larry Ellison, who purchased 98-percent of the island in 2012 for a reported $300 million.