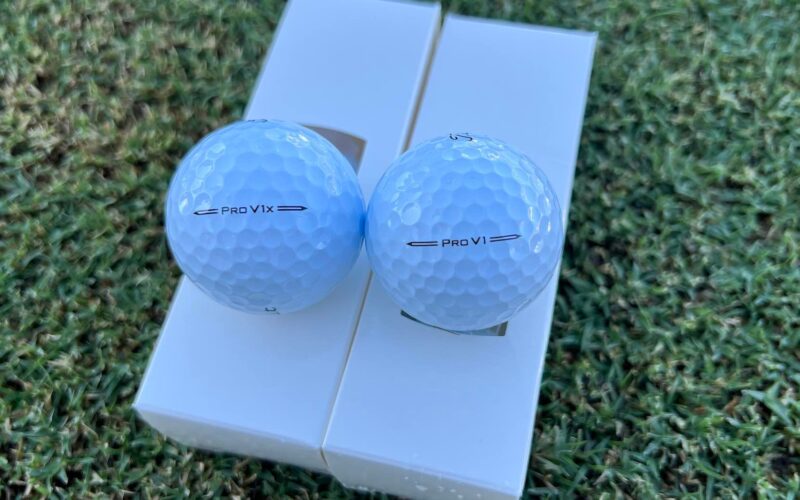 Ping’s G430 was a major gear story in Las Vegas. We get into that and more in the latest edition of GOLF’s weekly gear notes.

Ping’s G430 was a major gear story in Las Vegas. We get into that and more in the latest edition of GOLF’s weekly gear notes.

Welcome to Wall-to-Wall Equipment, the Monday morning gear wrap-up in which GOLF equipment editor Jonathan Wall takes you through the latest trends, rumors and breaking news.

Tour launches can be hit-or-miss. Depending on the product an equipment manufacturer is releasing, it could take weeks before players are comfortable enough with a new driver or iron set to pull the trigger in competition.

In an effort to ramp up interest and increase conversions the first week out, Ping didn’t wait until Las Vegas to show off its new G430 drivers to staffers. Instead, Ping Tour rep Kenton Oates and several other members of the tour team started pounding the pavement to drum up interest in the weeks leading up to the Shriners Children’s Open.

“We hit the road and went out two weeks prior to show guys the driver in advance of the Tour launch,” Oates told GOLF.com. “I think getting guys dialed before this week really helped put us in a good spot in Vegas. Doing Tour launches a few times now, I’ve learned these players can be your best or worst enemy. They talk all the time. When a few guys show up in Vegas with it in the bag, other players start wondering why they don’t already have one. It can sometimes catch on like fire.”

The extra effort paid off in a big way as Ping saw 28 players adopt G430 drivers the first week out, including 23 G430 LSTs. Ping finished second in the overall driver count to Titleist but scored an early upset when G430 overtook the red-hot TSR3 (18 drivers in play) as the most-played model in the field.

“For G430 LST to be the most played model the first week out on Tour is awesome,” Oates said. “The success is attributed to staff and non-staff guys trusting Ping drivers for a while now. It helps when you can build that rapport.”

According to Oates, most players saw a ball speed increase of 2-3 mph, when compared to G425, with the new G430. While the ball speed bump certainly helped sway pros on the fence, the other intangibles helped seal the deal during head-to-head testing.

After putting the 2023 Pro V1x through testing at TPI and home, Woodland was chomping at the bit to switch to the new model for the season-opening event in Napa. But there was one problem: The ball wasn’t available quite yet.

“I just responded, Are you sure? Are you sure?” Woodland said. “And I sent a cry face emoji. I went to TPI over a month ago and I’ve had the ball at home practicing with it and I’ve just seen shots that I haven’t seen in a long time and that’s been very exciting to me.”

While Woodland officially put the ball in play at Sanderson, he was one of 15 players who used the 2023 Pro V1 and Pro V1x golf balls in Las Vegas, along with Higgo (Pro V1), Brendon Todd (Pro V1x), Stewart Cink (Pro V1x) and J.T. Poston (Pro V1x).

“I think the biggest thing was that it gave a similar feel to the 21V, like the low spin, but it was a lot faster,” said Higgo. “So that made me really excited because I played the par-5s pretty well last week. So if I could hit it long and straight, which I feel like with the V – with the less spin, more control – I hit it a lot straighter. So straight and far works.”

No one is going to confuse TPC Summerlin with Augusta National, but that didn’t stop Harry Hall from copying the same two-driver setup Phil Mickelson successfully employed during the 2006 Masters. Hall, who played Summerlin regularly during his time at UNLV, felt the two Callaway Rogue ST drivers gave him the ability to move it both ways without having to alter his setup.

“Just playing the golf course so much and knowing where to hit it, where not to hit it,” Hall said after finishing T15. “I think this course allows for some room off the tee, and I just kept my game plan like I always did in college and through just playing socially around TPC, just hit a lot of drivers and Patrick Cantlay said the same thing yesterday, he was hitting a lot of drivers, and I didn’t lay up once on a par-4 and kind of stuck to my guns and used two drivers this week, one to draw it and one to fade it, so I kind of had a good club for every par-4, and just drove it really well today.”

In arguably the most bizarre equipment story of the year, Thomas Bjorn took to social media to vent about the locker room attendant who allegedly adjusted the settings on his Callaway Rogue ST driver. It’s not uncommon for pros to leave their clubs at the course following the completion of play, but very rarely does anyone return to clubs that have been unknowingly adjusted.

Bjorn didn’t go into detail but he apparently noticed something was off with his driver during the round. Knowing how particular pros are regarding their specs, major adjustments to the sleeve — which affects loft and lie angle on the Callaway driver — can produce some uncharacteristically bad shots. Bjorn wound up missing the cut in Spain.

Want to overhaul your bag for 2022? Find a fitting location near you at GOLF’s affiliate company True Spec Golf. For more on the latest gear news and information, check out our latest Fully Equipped podcast below.