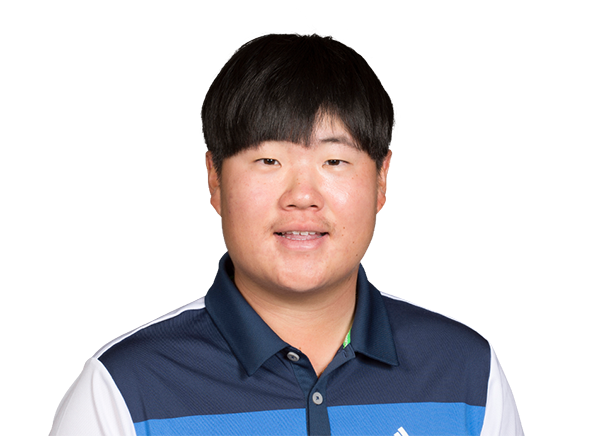 The PGA Tour this week heads to Sedgefield Country Club in Greensboro, N.C. for the Wyndham Championship.

The field is missing some of golf’s most prominent names, including Tony Finau, who just won in back-to-back weeks, but there are still plenty of solid contenders to choose from. Kevin Kisner won last year’s event after surviving a six-man playoff.

Which golfers are the favorites this time around at the Wyndham Championship? Who offers good odds? And which props are worthwhile?

Sports betting deputy editor David Bearman and the Caddie, Michael Collins, offer their tips to help you win this weekend.

Sungjae might be the most perplexing play this week and it took a good night’s sleep to decide if I was going to play him. He was runner-up at 3M two weeks ago, ending a bad stretch that saw him miss two cuts and finish T-81 at The Open. The bad run was surprising considering how well he had been playing ending the U.S. Open. But now he is back at a course that he has played very well, against a sub-par field. In three appearances at Sedgefield Country Club, Im has finished T-24, T-6 and T-9, was the first-round leader in 2019 with a 62, has been under par in 11 of his 12 career rounds and is fourth in shots gained total and fourth in tee-to-green during those 12 rounds. He’s 12th in shots gained total on the season and 12th in hitting greens, 10th tee-to-green and 11th off-the-tee. He’s one of the better putters on Bermuda grass, which has led to a lot of success down on the Florida courses. I don’t love the short odds, but I can definitely see him winning.

In the midst of having a strong betting week for the Rocket Mortgage, the biggest disappointment was Simpson. After a first-round 66, he went 73-70-74 on an easy Detroit Golf Club track for a T-69, not cashing on any of the tickets we had on him. This continues a disappointing season that has featured zero top 10s. However, I would not be doing the readers and bettors justice if I bailed on him before the championship he named his daughter after. That’s right. Little Wyndham Simpson is named after the event in which father Webb has had the most success in with a course history that rivals anyone not named Tiger Woods (on Bay Hill, Torrey Pines, Firestone). How good has he been? Well, his results since 2010 are as follows: T-8, W, T-22, T-11, T-5, T-6, T-72, 3, T-2, 2, T-3, T-7. For those counting at home, that’s 12/12 in cuts made and nine top 10s, including each of the last five years. His scores have been par or better in 16 consecutive rounds here, and 15 of them have been in the 60s. No surprise that over the last 10 years he leads the all golfers at this course in total shots gained, shots gained tewe-to-green, approach and ball striking. He’s a crowd favorite, a native of nearby Raleigh, lives in nearby Charlotte and went to school at Wake Forest. He’s nowhere near the top of his game, but that also means he sits 126th in the FedExCup rankings with this being his last shot to get into the 125-golfer playoffs. Not sure he needs any more incentive to give us his best performance of the season on his favorite course with the playoffs on the line.

This is one of my favorite tourneys every year. Besides the fact that it’s the last regular-season tournament, the guys that do well here (Simpson, Horschel) are guys I love betting and watching. Horschel, a guy I love live betting when I see him turn it on, loves playing Sedgefield, finishing runner-up in 2020 and going T-6 and T-11 the two previous years. He also has T-5 from 2016. He has only teed it up three times since his Memorial win in early June, so he is well rested. He’s one of the better putters on tour, coming in 13th in shots gained and 21st in total putting. In a field lacking star power, Horschel could notch his second win of the season.

I put my old research hat on and had to have golf researcher extraordinaire David Gordon double check me, but there are two golfers with active top streaks of three consecutive top 20s. One is World No. 4 Patrick Cantlay; the other is Scott Stallings. That’s right, the 113th-ranked player has gone T-8, T-4 and T-10 starting at the Travelers and through last week’s Rocket Mortgage. He’s solid on approach (10th in this week’s field) and good enough around the greens to compete at a high level this weekend.

This man is now trending and can play with some freedom. He had a T-8 last week, won earlier this year in San Antonio and is ranked 26th in the FedEx Cup. Weekend contention should surprise no one.

I said it about Tony Finau and I’ll say it for Willie Z. I am not taking him to win any event until he proves he can. He’s probably the most talented golfer in the field this week, hence the shortest odds. But on a course that is similar to last week’s, an inconsistent putter is not a recipe for success. Make no mistake, when Willie Z is on, he is on. However, by the time he turned it on last weekend with his final round 64, he was too far back, so just good for a backdoor T-20 finish. It came as no surprise that he finished in the top 20 in the field in shots gained off-the-tee, approach and tee-to-green while being near the bottom of the field in putting. That’ll need to change before I drop coin on him for an outright, even if he’s the best ball-striker in the field on a ball-striking course. A more comfortable play is top 10s, which we consistently hit on with Finau when he couldn’t close the deal. Now look at him.

We are long overdue to cash a Lowry ticket, but we’ve taken him to win and missed so many times that a top 10 seems safer, especially with the outright being only 16-1. Across the board, he probably has the most consistent and strongest metrics among those in the field this week, coming in 11th on approach, 38th in putting, 13th tee-to-green and third in scrambling, so it would not surprise me if he won. I will probably watch this one closely for a spot to jump in live. We should not be scared to bet the favorites at this point, as Finau won as favorite two weeks ago and he was the second-shortest last week. But something has been slightly off since his trio of top-3 finishes from April, as he only has one top-10 since, at the Canadian Open in June.

Last week I sat here and typed up a Henley outright, switched to top 10 and then scraped him completely as I kept coming back to his recent form, which was seven consecutive finishes outside the top 30. I just couldn’t pull the trigger on form that bad. After watching him go out in 69-65 and be near the top of the field in ball striking, I jumped in live and took him both outright and T-10 on the weekend. He couldn’t get any putts to drop over the weekend, but his T-10 finish was enough for us to believe in him this week. His tee-to-green game was right behind winner Tony Finau, so if he can make some putts this week, he could be in the mix. For those that don’t remember, he held the 54-hole lead last year but fell back on Sunday and missed the six-golfer playoff here. But his poor putter, much like Willie Z’s, is what’s keeping me from taking him outright.

Going back to 2010, there have been two playoffs for this event, in 2013 when Patrick Reed beat Jordan Spieth and last year when Kevin Kisner won in a six-man doozy of a playoff. With so much drama on the line to make the FedEx Cup playoffs this year, why not have the final event of the regular season get some extra holes … and you get some extra cash!!