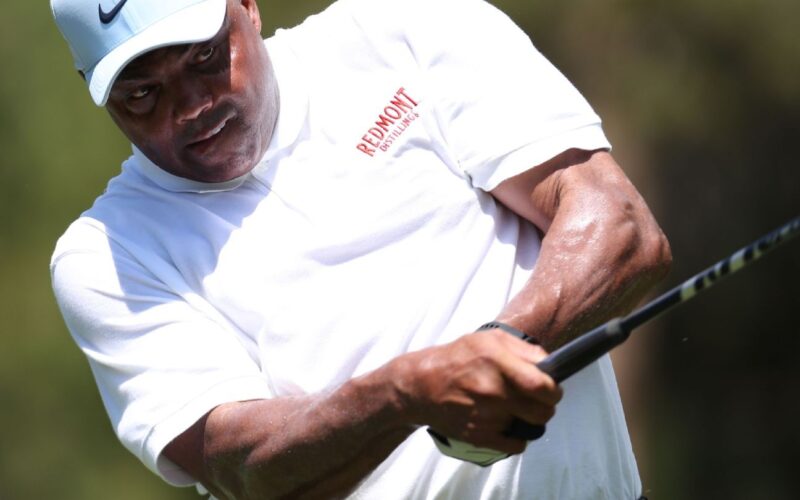 STATELINE, Nev. — T.J. Oshie made a 13-foot eagle putt on the par-5 18th hole to take the first-round lead Friday in the American Century Championship.

The Washington Capitals forward received six points for the eagle under the modified Stableford scoring system, giving him 21 for the day at Edgewood Tahoe Golf Course.

“First, I’m playing with the Carr brothers,” Oshie said. “I played with Derek last year, I think, and it’s such an easy group of guys. Usually, I’m extremely nervous at this tournament, which is why I’m lucky if I’m in the red numbers by the end. But the nerves kind of settled down with those guys. I was just hitting some shots. The putter was really hot.”

Annika Soremstam and Mark Mulder, the former pitcher who won three straight at Edgewood Tahoe from 2015-17, were a point back.