McIlroy: Better if The Open winner not from LIV 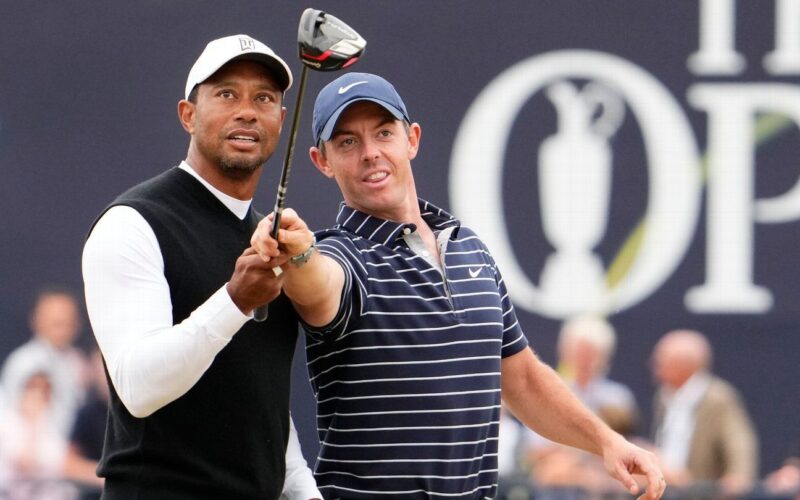 ST. ANDREWS, Scotland — Rory McIlroy says it will be better for the health of the sport if The Open winner is not from the breakaway LIV Golf Series, and he backs the R&A’s decision not to invite Greg Norman to the tournament’s 150th anniversary celebrations.

McIlroy spoke Tuesday at St. Andrews as he looks to add a second Open title to the one he won back in 2014 at Royal Liverpool. This edition of The Open comes as the game is dominated by talk of the breakaway LIV Golf series, a new circuit being financed by Saudi Arabia’s Public Investment Fund.

“Selfishly, for me, yes,” McIlroy said when asked whether The Open winner this year should not be part of LIV Golf. “But at the end of the day, everyone that’s here has the same opportunity to go out there and try to win a Claret Jug, regardless of what Tour they play on or whatever that is.

“Whoever wins here at the end of the week should be commended for one of the greatest achievements this game has to offer.”

McIlroy has been a prominent critic of the LIV Series, which is run by Norman. The CEO of LIV Golf, who won the 1986 Open at Turnberry and again at St. George’s in 1993, has poached several players from the PGA Tour and DP World Tour for the new series.

But R&A did not invite Norman to the celebrations this week, meaning he missed out on the Champions Dinner and the R&A Celebration of Champions competition.

McIlroy, who played alongside Tiger Woods, Georgia Hall and Lee Trevino in the Champions competition on Monday, said, “I think the focus would have been taken away a little bit if [Norman had] been here.

“I supported that decision, and I think right now, because of everything that’s happening in the golf world, I think it was the right decision to be made. But if things change in the future, or whatever happens, who knows, but I could see a day where he’s certainly welcome back.”

The R&A explained the decision in a statement Saturday: “The 150th Open is an extremely important milestone for golf and we want to ensure that the focus remains on celebrating the Championship and its heritage. Unfortunately, we do not believe that would be the case if Greg were to attend. We hope that when circumstances allow Greg will be able to attend again in future.”

Norman responded by saying the decision was “petty.”

“I’m disappointed. I would have thought the R&A would have stayed above it all given their position in world golf,” Norman told Australian Golf Digest. “[It’s] petty, as all I have done is promote and grow the game of golf globally, on and off the golf course, for more than four decades.”