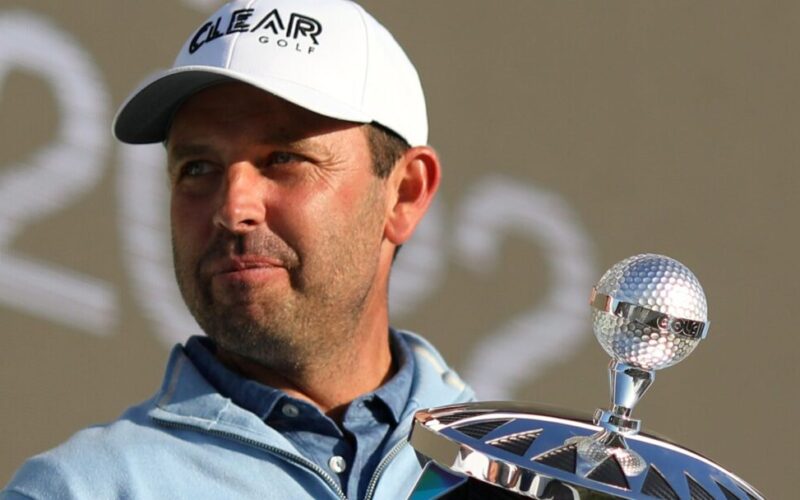 If I never hear about the LIV tour again it will be too soon. And it’s not because I blame the players for taking the money. I don’t. I’m not going to get on a high horse and say I wouldn’t, because I truly don’t know what I would do. Would I take the money as Seth Zipay, head golf professional writing a blog in Youngstown, Ohio? You bet your ass. But would I take it if I was a seasoned tour pro with more money in the bank then I’ll ever spend? More money in the bank then my grandchildren will ever spend? I’m not so sure. You see, I recently passed on an offer with better pay and a closer commute. But I believe in the bigger picture and the future of where I’m at. Values and loyalty is what I was brought up on. It wasn’t about wealth. That kind of money wasn’t attainable.

Exactly a week ago Brooks Koepka stood at his US Open presser and told everyone it was a shitty situation that LIV was casting a dark cloud over the prestigious US Open and he’s sick of talking about it. He said he hasn’t thought too much about it nor did he have a figure in mind. Today it came out that he’s joining the LIV. I knew it was only a matter of time. The setup is perfect for him as he doesn’t prefer to play that much and he enjoys being the villain. Is it a coincidence that the majority of players to join LIV have had some questionable character situations in the past? I think not.

Whether admitted or not, the higher ups in the game are scrambling to put a cap on this before it overflows and bursts in their face. And we are on the brink. I believe it is panic time. A roundtable is in the works featuring the governing bodies and executives of the majors and the PGA and DP Would tours. Keeping LIV players out of the four majors is the only thing that will give the tour an upper hand and keep players from deflecting. Say what you want about DJ, he still burst into tears the moment he slipped that green jacket on in 2020.

Matt Fitzpatrick’s story at the US Open is that out of a movie. He won the US Amateur at Brookline and stayed in the same house with the same family last week for the open. Talk about full circle. That is something the LIV tour will never have. Fitz documents every golf shot he ever hits. Whether it is a practice round, tournament round, or an afternoon out with friends…he logs every shot struck in a note pad at the end of the round. Was it a 70ron from the right rough on #5 that was a little thin but caught the green? Log it. A stuck wedge on #11 to 8 feet from 127? Log it. He has done this since he was a kid and it helps him be fully aware on what to improve on. He doesn’t do this to prepare for the LIV tour. He does this to win majors. The US Open. Arguably the greatest tournament in golf.

I for one don’t think the LIV has the legs for longevity. What is their goal or what do they plan to achieve long term? I see this exhibition fizzling out in a couple of years. That’s exactly what the first telecast from London felt like…an exhibition. First of all the shotgun start is terrible for tv. 54 holes with no cut and a shotgun start? That’s your groundbreaking idea that’s going to “save golf”? It’s impossible to know who really has the lead or the best chance of winning because you don’t know how many holes they have left or what hole they started on. Terrible for the viewer at home, even if they have a simplified graphic on the screen.

World #1 Scottie Scheffler has already set the record for earnings in a season with 3 months left at $12.5 million. Charl Schwartzel earned a third of that with his inaugural LIV win in London. So LIV has the coin. We already knew that. But to what end? What’s the plan? What is the actual goal? I keep hearing about growing the game and making it better. But making it better for 50-100 players once a month does nothing for golf as a whole, nor does it equate to growth.

Enjoy the game and each other, 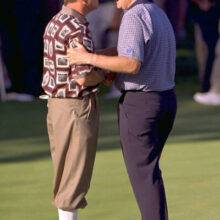 This week professional golf competition returns to The Country Club at Brookline, Mass for the first time since the USA’s heroic comeback victory at the 1999 Ryder Cup. The last player to make a swing on the course that day was a man in knickers and a flat cap. It was a greenside bunker shot… 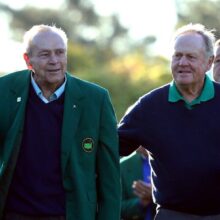 I talk about Tiger Woods…a lot. I am extremely grateful to have grown up within the game of golf during the Tiger Woods era. I know exactly where I was for almost every one of his incredible, superhero, out of this world shots and performances. But today I’m going to talk about the other goat.… 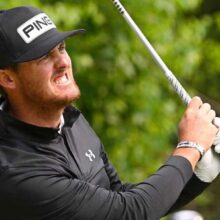 Mito, oh no! Mito Pereira led the final round of the PGA Championship for 17 holes, and he stood on the 18th tee as the leader needing a par to win. He made double and finished tied for third. A lot of critics have blamed his decision to hit driver on the 72nd hole with… 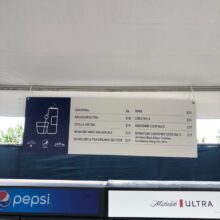 As we sit in the thick of the PGA Tour vs. Saudi backed LIV Tour quarrel, the PGA of America didn’t do themselves any favors when the concession stand board at the PGA Championship was posted to social media earlier this week. While the PGA tour raises more money for charity each year than the…