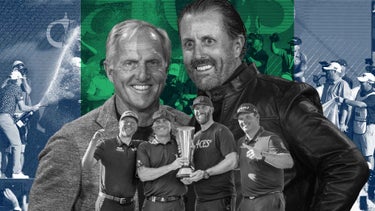 The Official World Golf Ranking announced Wednesday a new tour would begin receiving points. Just not the tour we were expecting.

The Official World Golf Ranking announced Wednesday a new tour would begin receiving points. Just not the tour we were expecting.

In any other year, this would not be news. But as 2022 winds to a close, it is the news of the day. The Official World Golf Ranking has awarded eligibility for ranking points to another golf tour. Just not the tour you’re thinking of.

The OWGR announced Wednesday that the Gira de Golf Professional de Mexicana will begin to earn world ranking points on January 8, 2023. (You’re allowed to reread that sentence.) A golf tour called Gira de Golf Professional de Mexicana has joined the other 23 sanctioned tours across the world and will now have its events awarded ranking points. Why are you supposed to care?

Because that is not the tour we expected to join the OWGR next. But the context is crucial for understanding what comes next. LIV Golf was on deck, most everyone thought. Not quite!

The OWGR board typically requires one to two years between receiving an application for world ranking points and then rewarding players in its events with those points. As for the GdGPdM, that process played out over 16 months, which means the tour applied in late summer 2021, a full 10 months before LIV Golf filed its own application.

While much as that may trigger some ire for the staunchest LIV supporters, the move by the OWGR should come with plenty of optimism for the new golf league. For starters, the newly approved tour hosts 54-hole events, just like LIV Golf. If the PGA Tour is stuck on 72 holes, that’s fine. LIV’s 54-hole events would have community in the ranking.

An important addendum to that is the newly approved Mexico-based tour institutes a cut after 36 holes, which LIV Golf does not. Is it important to the OWGR that there’s a cut, where inadequate performances are degraded? It might be. You see it almost everywhere else.

Another sticking point for OWGR acceptance has been access. LIV Golf fields in 2022 were largely filled by hand-picked selections of willing players, as well as contracted players who had signed annual agreements. And some of those agreements for multiple years. With a fixed number of players (48) involved, how are younger players, up-and-coming players, or even veteran players reaching their peak going to gain access to the events LIV puts on? There is not much for a clear path.

The Gira de Golf tour hosts an annual, open qualifying school for players interested in playing on its tour. In other words, you can do it. Anyone can do it. It’s an important differentiator that checks one of the OWGR’s boxes.

“This is a significant milestone for golf and OWGR is deeply encouraged by the achievement and the continued efforts in the advancement of the sport of golf in Mexico,” OWGR Chairman Peter Dawson said. “We look forward to watching the progress of Gira de Golf Professional de Mexicana as it continues to play a key role in the development of players from the region.”

It goes without saying that the GdGPdM is on a different level than LIV Golf. The quality of player differs drastically. And thus LIV supporters believe the OWGR needs to act in a much quicker fashion to reward eligibility. But Chairman Dawson has been notably quiet in regards to LIV Golf’s application, which was filed in July. If it were to track along the same timetable, perhaps LIV could begin awarding OWGR points late in 2023. That would likely be too late for its 2023 season, which is expected to finish in September.

In the meantime, life goes on in pro golf, but not without consternation about the OWGR. Just earlier this month, the OWGR was put on blast for how a 20-person field at the Hero World Challenge was receiving points. The month prior that was headlined by the DP World Tour Championship — which had a 50-player field with many of the best in the world — receiving fewer points than the RSM Classic, playing out in America with a deeper field and fewer top 20 players. Jon Rahm sounded off. So did Tiger Woods. The resolution we received? Nothing more than additional reminders about how the system works. 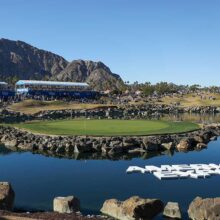 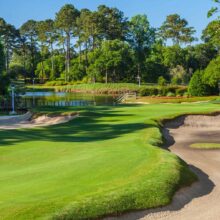