LIV golfers will compete for $50M in season finale 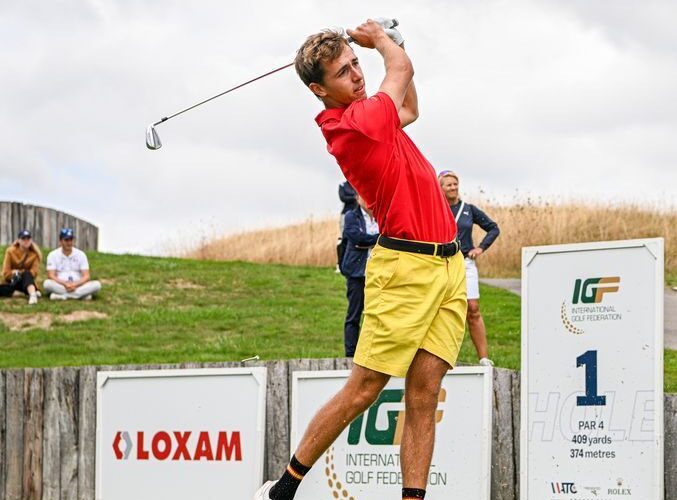 Golfers will compete for $50 million, the richest purse in the sport’s history, in LIV Golf’s season-ending team championship, which is scheduled to be played at Trump National Doral Miami from Oct. 27-30.

Twelve four-man teams will compete for a $16 million first-place prize. The teams will be seeded one through 12. The top four seeds will receive a bye to the quarterfinals. The other eight will compete in qualifying rounds.

How will the seeding be determined? By a closest-to-the-pin shootout by the team captains, which will take place immediately after players are drafted.

That was the format for how the team championship will work in LIV Golf’s rules and regulations, which were released by a U.S. District Court in California on Monday as part of its federal antitrust lawsuit against the PGA Tour.

A LIV Golf spokesperson told ESPN on Tuesday that details of the team championship were still being finalized and would be released in the future.

“It’s very unsurprising that they would pick something so tacky and unoriginal to try and expand the game,” a longtime PGA Tour player told ESPN on Tuesday. “It’s f—ing lame is what it is. It’s lame as s—. It’s XFL. It’s AND1 Mixtape Tour. It’s not competitive golf. It’s a circus.”

In the qualifying rounds, according to the document, the fifth-seeded team will have the first choice in picking its opponent, with the second-seeded team following with its pick and then the third and fourth. Losing teams will be eliminated after each round.

The team matches will consist of two individual match-play contests and one pairs match-play contest. Each match is worth one point. Ties will be broken by a sudden-death playoff, with the captains picking two players to compete.

The four players on the second-place team will split $10 million, third gets $8 million and fourth takes home $4 million. Teams that finish fifth through eighth will win $2 million each, and teams that are ninth through 12th get $1 million each.

“It’s not competitive,” the PGA Tour player said. “The real competitive golfers, the guys who play on the PGA Tour and compete in majors, it’s why they’re just not interested in this nonsense.”

LIV Golf CEO and commissioner Greg Norman will grant as many as 12 exemptions to players to compete in the team championship. The next 24 participants will be determined by the leading players in the individual rankings who competed in at least four regular-season tournaments, and the remaining 12 places will go to the highest ranked players in the Official World Golf Ranking on Oct. 17, provided they have participated in at least three LIV Golf events.