LIV Golf arrived via cannonball. 2022 was never the same 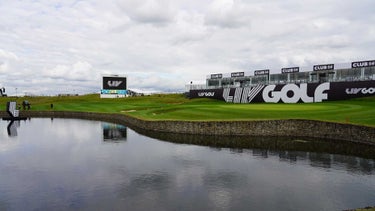 LIV Golf’s arrival was long rumored to be great. When it finally arrived, it created a wave that lasted the rest of the year.

LIV Golf’s arrival was long rumored to be great. When it finally arrived, it created a wave that lasted the rest of the year.

Remember when we thought a pandemic season two years ago was crazy? Man, 2022 had it all. The return of Tiger Woods, the founding of a controversial golf league, the disappearance (and reappearance) of one of golf’s most beloved figures and so much more. But now let’s take a breath. Here, we’ll look back (and look ahead) at the 10 most memorable moments of 2022.

No. 10: Nelly Korda’s rollercoaster year ended with promise for 2023
No. 9: How Tom Kim stole the show at the Presidents Cup
No. 8: How Lydia Ko rediscovered her game in 2022
No. 7: Rory McIlroy was an absolute force
No. 6: Scottie Scheffler is a major champ
No. 5: Cam Smith’s breakout (and tumultuous) year
No. 4: What happened to Phil Mickelson?
No. 3: This year’s Tiger Woods comeback was nothing like the others

The mood had quieted on the LIV front, and rightfully so. In mid-May, the upstart tour promised a field was coming. And promised, and promised and promised. But in reality, all we had were rumors.

Greg Norman announced the field would feature former world No. 1s. Nineteen of the Top 100 players in the world signed up. The PGA Tour refused to grant media releases, and Norman responded with “Surely, you jest.” At this point, the war between tours was really just a war of words. Until Tuesday night, May 31.

At 8:20 p.m. on the East Coast, the email finally arrived, and in all caps: GLOBAL FIELD TEES OFF NEW ERA IN GOLF FOR INAUGURAL LIV GOLF INVITATIONAL TOURNAMENT

Dustin Johnson was in. Sergio Garcia, too. Talor Gooch was in — that’s interesting! Phil Mickelson’s name was nowhere to be found, but there was still space for him to join. But if he did, it would be alongside…Blake Windred? Wade Ormsby? Oliver Fisher? For every big fish LIV Golf landed, there were tiny, unknown minnows included as well. All of which begged the question — LIV had made a splash, but how big would its ripples be?

Now we know…sorta. But as we look back on 2022 and acknowledge that LIV Golf was the story, it’s worth remembering that the week it launched was perhaps the weirdest story of them all.

There was the lavish draft party, held at RD Studios in Central London, with its punchy seafood hors d’evours. There was the hype reel — narrated by Dennis Quaid of all people — which included clips of Bubba Watson and Matthew Wolff, two rumored-but-uncommitted players. This was the natural evolution of the sport, Quaid said. Mickelson’s management cooed about it on the driving range. There were the dozens of London black cabs hired just to drive players to their starting holes, giving cabbies the best deal of their year. They made more money standing around all day than they would have driving around Kensington.

There was the “immersive fan village,” where no expense would be spared. See: the old London bus tricked out into a bar and bedazzled event staff wooing you into an arcade to play LIV Golf video games. “Welcome to the future,” they said.

Claude Harmon surveyed these atypical golf grounds on Day 1, two bags of 4 Aces gear in hand. But Day 1 really wasn’t Day 1. There was the original Day 1, where we learned a former press secretary of George W. Bush would be overseeing press conferences. It didn’t go very smoothly. There was the second day of press conferences, where Mickelson spoke for the first time in the most un-Mickelson way we’ve ever seen. He followed it up by wearing a vest the next day bearing an Augusta National logo, a mini-controversy that lasted for a few hours until bigger controversy arrived: PGA Tour suspensions.

It is important to remember just how much news was created that week in June. Ian Poulter was asked if he’d consider playing an event organized by Vladimir Putin. Mickelson admitted to having battled a serious gambling problem. Seventeen players in the field were suspended for multiple months by the PGA Tour. When Ian Poulter found out, he promised he would appeal (and he did!).

The world was introduced to Cleeks GC and the Crushers, as well as the goofy ideologies behind all 12 franchises. Thirsty fans stormed down the fairway of the 1st hole behind Mickelson, Johnson and Scott Vincent. Later on, Johnson clarified his LIV contract was for four years. Get comfortable with it, folks. Patrick Reed joined the broadcast to announce he was joining LIV. Bryson DeChambeau followed suit. Then Pat Perez. (That broadcast, by the way, showed more shots than we were all used to seeing. A victory for those at home!)

Charl Schwartzel won the event, his first victory in six years and the biggest prize of his life. He would not call it the most important victory, though. The governor of the Saudi Arabia Public Investment Fund, Yasir Al-Rumayyan, congratulated him and put what we thought was icing on the cake for the weekend, announcing if any player shot 54 in one round — the perfect 18-hole score — that LIV would pay them $54 million.

But of course, that was not the icing on the cake. 2022 has been a gigantic exercise in Newton’s Third Law. Every action from one side prompted an opposite and equal reaction. And for all that LIV Golf had done during its launch, its first event ended on a Saturday in England. The PGA Tour’s event that week, overshadowed every single day, was set to finish on Sunday in Toronto.

With a mic thrust in front of him and the attention of the entire golf world, McIlroy put on his petty hat and noted that his 21st PGA Tour win was precisely one more than Greg Norman had during his career. “That gave me an extra little bit of incentive today,” McIlroy said.

Golf’s civil war was officially off and running. 2022 would never be the same.