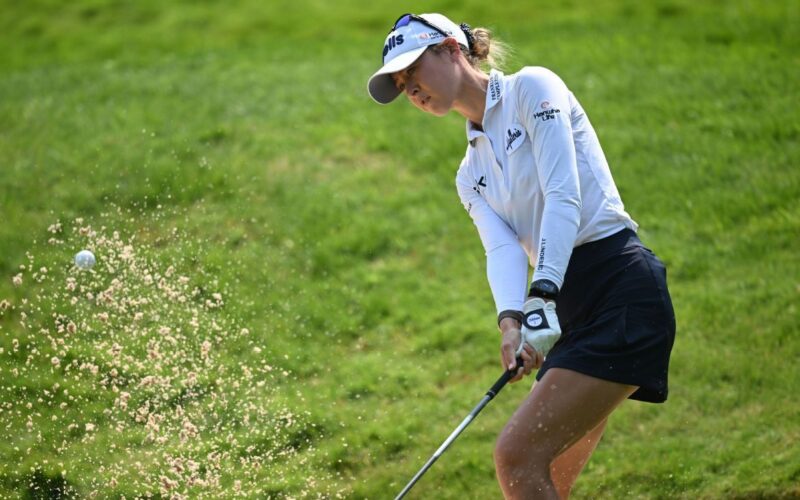 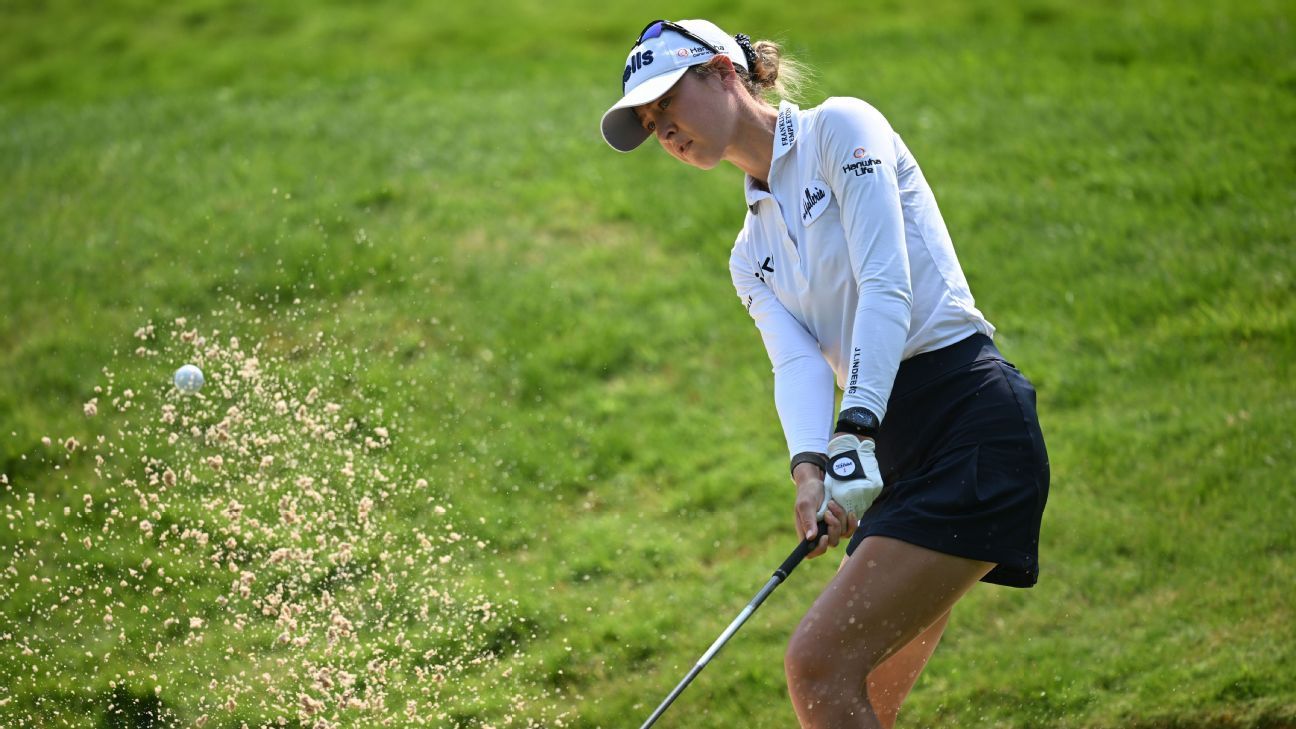 EVIAN-LES-BAINS, France — Nelly Korda is just trying to enjoy herself at the Evian Championship after a four-month injury layoff that has given her more perspective about her golf.

Not that she felt so great taking a shot while standing barefoot in a slimy lake.

“I’ve never done anything like that, and I must say, it was really gross,” Korda said about her adventure at No. 18 midway through an 7-under 64 that left her a stroke behind first-round leader Ayaka Furue on Thursday in the fourth major of 2022.

Korda’s approach shot at the par-5 18th hole — her ninth of the day after starting at No. 10 — ended up rolling down a bank on the front right of the green and into the water. Her caddie ran up to the green and saw it was possible to make contact with the ball, so Korda removed her golf shoes, waded into the lake, and splashed out to the edge of the green.

Korda went on to make par.

“It was really slimy,” Korda said, making a face before laughing.

The American missed a 12-foot birdie putt at her last hole but still shot her lowest round of the year, continuing her impressive comeback after time out following surgery on a blood clot in her arm.

This is her fifth event since returning to competitive action on June 16 and she has three top-10s in that time. She was No. 1 in the world when she stopped playing and now is No. 3.

“I think I’m a little more chill about it all,” she said. “I’m trying to enjoy myself as much as possible on the golf course.

“I don’t know if my caddie will agree because I do obviously get frustrated here and there, but I am trying to remind myself that I’m lucky to be out there. Just enjoy every moment.”

The No. 31-ranked Furue, a seven-time winner in her native Japan, rolled in nine birdies after her solitary bogey, at No. 13.

She responded by making birdie at six of her next eight holes and then three of her last four. The one at No. 9, her last hole, was from 8 feet and ensured she shot 63 for her lowest round at a major.

Korda was tied for second place with No. 10-ranked Brooke Henderson of Canada, who posted 64 by holing a double-breaker for eagle at No. 9, also her last hole.

American golfer Cheyenne Knight was in fourth place at 6 under, a stroke ahead of top-ranked Jin Young Ko and another two-time major champion, Lydia Ko.

In Gee Chun, who won the Women’s PGA Championship last month, was in a tie for 10th place at 4 under.