Key LIV executive steps down ahead of 2023 season 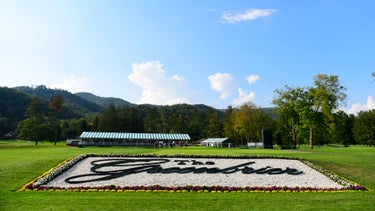 LIV Golf’s President and COO, Atul Khosla, has resigned from his role as the breakaway league prepares for its first full season.

LIV Golf’s President and COO, Atul Khosla, has resigned from his role as the breakaway league prepares for its first full season.

In the waning moments after LIV Golf’s first season ended, less than seven weeks ago, President and COO Atul Khosla watched on as a concert by The Chainsmokers kicked off. He had a slice of pizza in hand, surrounded by golfers, fellow executives, friends and family celebrating a successful first season. When asked, “Can you sell this?” Khosla replied, “Absolutely. [I] had to show the world what it was all about.”

But that would prove to be Khosla’s final event as LIV executive. The COO has resigned his role from the controversial breakaway golf league according to a report by The New York Times, which was confirmed by LIV Friday evening. According to Sports Illustrated, Khosla left the post shortly after the season ended, which would have been in November.

News of Khosla’s exit comes at the midpoint of LIV’s first offseason, during which time a new schedule has been formed and slowly leaked to the public. The league is still looking for a broadcast partner. It is unclear what led to his resignation, but Khosla is not the first LIV exec to resign during its inaugural season. Sean Bratches, originally LIV’s chief commercial officer, stepped down from his post in May just before the season began.

Just one day after that year-end Chainsmokers concert, Khosla stood in front of 10 media members explaining the business model for LIV Golf moving forward. The brand had arrived via cannonball into pro golf’s typically calm waters, securing commitments from Phil Mickelson, Dustin Johnson, Bryson DeChambeau and others. Khosla, as President and COO, was a major part of the behind-the-scenes business decisions and seen as a legitimizing figure on the business side. Greg Norman, the golf legend bent on “growing opportunities for players,” was the leader out front.

But as the summer progressed, Norman stayed removed from the press while Khosla made more appearances, speaking out about LIV’s TV broadcast goals, its pursuit of sponsors and, eventually, talking with media for more than an hour in Miami seven weeks ago.

“We are figuring out what the commercial arrangements could look like,” Khosla said on Oct. 29. “I feel good about where we are but we have work to do over the next couple of months. We think we are providing an incredible commercial product. These are not six-month or one-year deals. If a TV network is getting behind this, it’s for multiple years.”

To this point, none of that has manifested publicly. Exactly half of LIV’s 2023 schedule has been released but the enterprise has not announced any extra player commitments. Norman himself intimated that LIV was pursuing top 20 players, but those potential announcements are not expected to take place for at least another month. LIV noted it hoped to have its rostering finalized by the end of 2022, which is now just two weeks away. Its first of 14 events in 2023 will take place Feb. 24-26 in Mexico, the same week as the PGA Tour’s Honda Classic.

The status of LIV Golf leadership has been put under more of a microscope in recent weeks as The Telegraph reported that Greg Norman would be ushered “upstairs” as LIV Golf moved to hire a new CEO. LIV promptly denied the report. But Norman’s position as LIV’s leader has been questioned by non-LIV players such as Rory McIlroy and Tiger Woods. “Greg needs to go,” McIlroy said during a press conference in November, in order for there to be a potential meeting between LIV Golf and the PGA Tour. Woods echoed his thoughts at his own press conference two weeks ago.

But then, just this week, Norman was quoted in the most recent issue of Bunkered issuing a strong rebuttal. “Rory and Tiger have no idea what they’re talking about,” he said. “None whatsoever … they’re trying to bait me into a public back and forth with them and I’m not going to go down that childish path.”