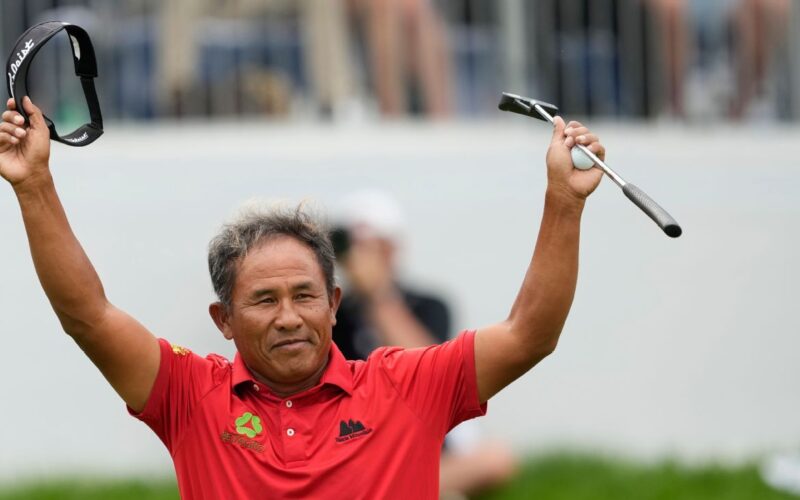 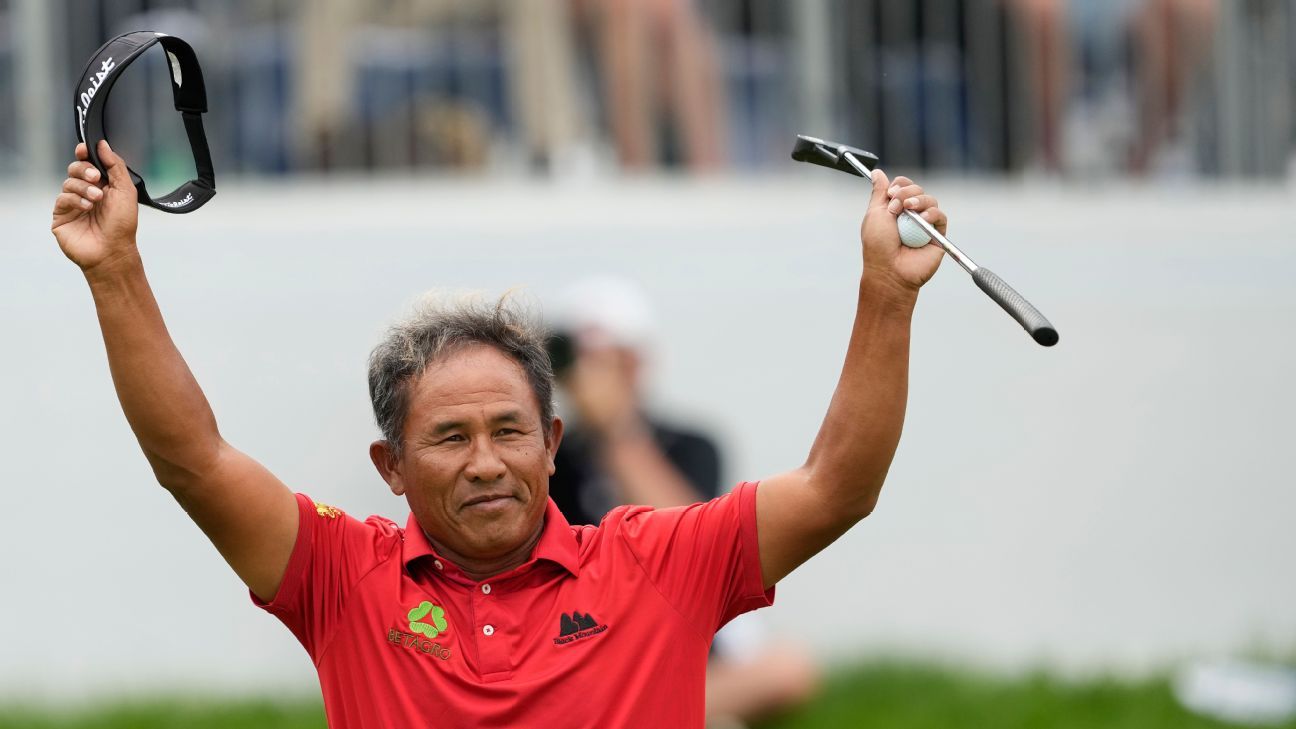 MADISON, Wis. — Thongchai Jaidee became the first Thai winner in PGA Tour Champions history Sunday, closing with a 4-under 68 for a 1-stroke victory in the American Family Insurance Championship.

A week after playing his way into the event with a 10th-place finish in Iowa, the 52-year-old Thongchai won in his 19th start on the 50-and-over tour.

“Very big thing for me,” Thongchai said. “The game has changed. Now I’m very, very happy to be on tour.”

Thongchai rebounded from a bogey on the par-5 16th with a birdie on the par-3 17th and closed with a par. He finished at 14-under 202 at University Ridge.

“Great tournament here,” Thongchai said. “I played solid, solid, solid. I took one mistake on 16, hit the tree and lost the ball. We make good bogey and try to get my plan. Holed a good putt on 17 and the game changed. I think my confidence in the putting, that’s why helped me a lot for this week.”

Tom Pernice Jr. was second after a 66.

“I’m happy for Thongchai,” Pernice said. “He had a little bad break there on 16 to hit the trees and lose the ball, so to battle back and make a bogey and then to birdie 17, he deserves to win.”

Miguel Angel Jimenez, who was tied for the second-round lead with Thongchai, had a 70 to tie for third at 12 under with hometown favorite Jerry Kelly (67), Marco Dawson (67) and Kirk Triplett (68).

“Nothing worked on the greens today,” Jimenez said.

Kelly, the winner last week in Iowa in a playoff, was trying to win the event — hosted by Madison friend Steve Stricker — for the third straight time. He won in 2019 and 2021, while the 2020 event was canceled because of the pandemic.

“Fun to watch,” Stricker said. “What another great week. The sun decided to show up at the very end — better late than never, I guess. Another wonderful week here. Tremendous crowd support, sponsor support and player support. We had it all again.”