‘It was the right move’: Inside GOLFTV’s swift demise and the PGA Tour’s broadcast future 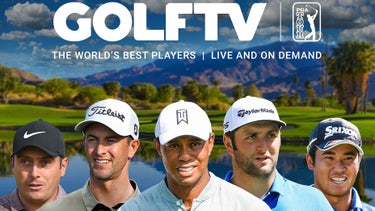 It didn’t take long for the first eyebrow to raise inside PGA Tour headquarters. On the other end of the line, the Tour’s new friends at Discovery were ready to rock the boat.

It was December 2019, less than a year into a 12-year, $2 billion streaming rights agreement between the Tour and Discovery, but the streaming giant had seen enough. Discovery executives called a meeting with the Tour to inform them of the news: GOLFTV’s days were numbered.

Inside the room, Tour staffers were stunned. The nascent, golf-only streaming service had launched to much fanfare only 11 months earlier. An expensive marketing campaign had placed the Tour’s most important asset, Tiger Woods, as the service’s figurehead. How could Discovery pull the plug so soon, with 11-plus years and $1.8 billion still outstanding?

Plans had changed, Discovery told the Tour, and so-called “vertical subscription services” were no longer a part of the company’s long-term vision. After a thorough internal review, Discovery found it was cheaper and more cohesive to pursue a “horizontal” model, in which subscribers pay a larger monthly fee for a host of offerings rather than a smaller fee for only one. GOLFTV and its $9.99/month fee were one of the options principally affected by the change.

“We scratched our heads a little bit,” one Tour official told GOLF.com on the condition of anonymity. “We said, ‘Well, that’s very different than what we had originally planned to do together.’”

But then came the good news. Discovery had no plans to alter its agreement with the PGA Tour, which granted them the Tour’s international streaming rights, nor did they have any intention of altering the deal’s financials. For the Tour, the only difference was where its broadcasts would live.

The decision did not come as a surprise to much of the sports media world, particularly those who watched CNN+’s high-profile implosion just days after its owners, Warner Media, completed a $43 billion merger with Discovery. Much like GOLFTV, CNN+ was first envisioned as a vertical subscription service, selling its line of news shows directly to consumers. The two streaming services shared similar dreams of expansion, envisioning a new, highly profitable world built for diehards. Months before GOLFTV’s closing announcement, Discovery head of streaming JB Perrette even went as far as to tie the two together, noting that previous failures in vertical services, particularly GOLFTV, were to blame for CNN+’s fate.

“We have failed almost at every turn launching these products,” Perrette said in an executive meeting, according to the New York Times.

Even given the overlap between the two services, Tour sources indicated Warner Bros. Discovery’s decision to officially close GOLFTV came under much different circumstances than its highly publicized cousin.

As the New York Times and Wall Street Journal reported in April, CNN+’s multi-billion-dollar overhead costs proved a much larger factor for Discovery than its subscription model, even if both pieces factored into the service’s eventual demise. With Discovery incurring a $50 billion debt load in the Warner Bros. merger, the company just didn’t have the resources to sink billions into a fledgling streaming service, and particularly not one misaligned with its long-term vision.

GOLFTV, on the other hand, was a strategic misfit more than a financial one. The decision to cease operations was driven more by Discovery’s desire for alignment than as part of Zaslav’s $3.5 billion cost-savings crusade. As further proof of this point, the Tour’s latest round of broadcast agreements stipulates that it foots the bill for production costs, further reducing overhead on its partners, including Discovery.

“CNN+, although on the surface it seems like it’s a similar thing, it was actually very different,” the same Tour official said. “That was post-merger, happened immediately after the merger, and was a massive cost-cutting exercise. The strategic reasons [for closing GOLFTV] were similar, but the truth is our deal with Discovery predated the merger.”

The timing of the GOLFTV decision proved serendipitous in more ways than one. Before 2019, the Tour was still pursuing its own domestic vertical subscription model, PGA Tour Live, which it offered direct to consumers alongside NBC. After launching at a loss, the service had quickly turned into a moneymaker, and Tour executives had grand plans to expand the platform even further.

But then 2019 came, and the Tour’s outstanding deal with NBC lapsed. The sports streaming market was red hot, and just one year after the PGA Tour sold its International streaming rights to Discovery for $2 billion, it was poised to make almost half that for a scaled-back version of its domestic streaming rights. Among the Tour’s most interested buyers were big streamers — companies that stood to implement the Tour’s rights into a horizontal package rather than the existing vertical one.

Unbeknownst to Tour leadership, the Tour was faced with the same decision as their friends at Discovery: buy into the “big tent” and reach as many viewers as possible, or cater exclusively to the diehards.

Had Discovery’s decision come even a year earlier, the Tour might not have been as open-minded to the change. But with the ink newly dry on a $680 million, nine-year agreement with ESPN+, the Tour hardly needed an explanation.

“We both were in sync that it was the right move,” the official said. “We feel like we’re going to reach more people, and that’s ultimately what we want.”

And reach people, the Tour has. Under its new agreement with ESPN+, the Tour says it’s seen an “explosion” in audience reach. There’s early optimism that it will be able to do the same under Discovery+ and Eurosport, particularly as Warner Bros. Discovery funnels more resources into the streaming service.

“If you look at the core golf audience on ESPN+, it wouldn’t come close to the numbers that we’re pulling on that surface,” the official said. “Clearly we’re bringing in broader sports fans.”

Audience is an important measure for any sports league, but perhaps none more than the PGA Tour, which has found itself the primary target of LIV Golf disruption over these last nine months. The irony is that there may be no league better positioned to fend off disruption in the media-rights landscape than the Tour. In many ways, GOLFTV was a casualty in the name of stability.

“It brings everyone into the boat, so to speak,” the official said. “If you look at it from our perspective, when we finished those negotiations, we had very important distribution deals with NBC/Comcast, CBS/Paramount, ESPN/Disney and Discovery Warner Bros. You’re talking about the four largest media companies in the country.”

Sometimes it’s best not to rock the boat.