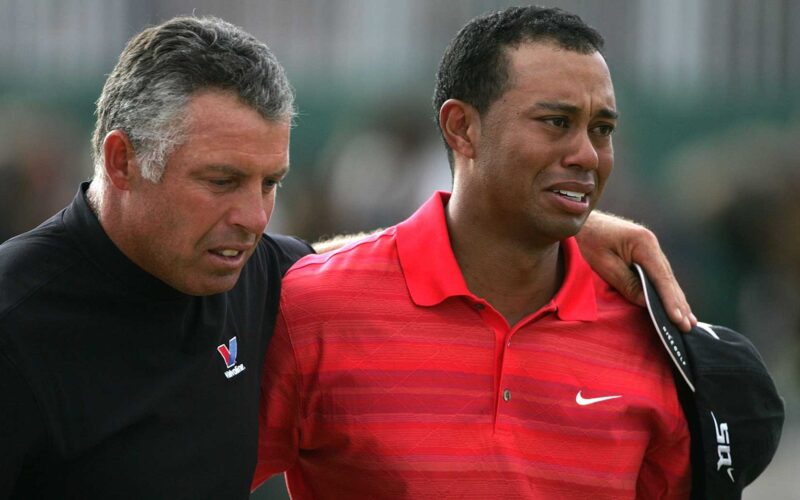 Tiger Woods and Rory McIlroy each dismantled Royal Liverpool in his own way. Neither of them did this, though.

Tiger Woods and Rory McIlroy each dismantled Royal Liverpool in his own way. Neither of them did this, though.

In 2006, Tiger Woods took apart Royal Liverpool like an archaeologist. He’d uncover a win eventually, he was sure, as long as he didn’t make any big-time mistakes. Pulling driver to challenge a faraway fairway bunker? May as well bring dynamite to a prehistoric excavation. Woods left the blasting to his desperate competition, making his way around Hoylake with chisel and brush, using smaller, finer tools: 2-irons off tees and long irons to the middles of greens. With every fairway and green he hit, the inevitability of his victory drew closer.

“That week was far and away the best ball-striking tournament he ever had,” swing coach Hank Haney told The Scotsman later.

His was a win for discipline and for patience; Royal Liverpool was burnt to a crisp and Woods used that ground to advance his low-flighted irons down the fairway, even if it meant hitting longer approach shots than his competition. It was a strategy that served as tribute to his late father Earl, who had passed that May.

“He was always on my case about thinking my way around the golf course and not letting emotions get the better of you, because it’s so very easy to do in this sport,” Woods said. “He would have been very proud.”

The bridled nature with which he attacked the course was a sharp contrast to his reaction on the 18th green, when he let out weeks and months of pent-up sorrow as he sobbed into the arms of caddie Steve Williams.

“I guess I’m kind of the one who bottles things up a little bit and moves on, tries to deal with things in my own way. But at that moment it just came pouring out and of all the things that my father has meant to me and the game of golf,” he said afterwards. “I just wish he could have seen it one more time.”

In 2014, Rory McIlroy dismantled Royal Liverpool like he was blasting a tunnel through a mountain. The Northern Irishman was already the best driver in the world and proved it, taking a wholly different approach to Hoylake. The course was greener and lusher than the one Woods had picked apart some eight years earlier. McIlroy’s style of play was in vogue, too: Smash it down the fairway and play it from there.

This week, he had it going. McIlroy opened with 66 to grab the first-round lead and built a six-shot advantage going into the final round, throttled back slightly and won by two, cementing his Open Championship dreams as well as the dream — and wager — of his father, who had predicted via Ladbrokes that his son would win the Open by the time he turned 26.

The win hastened comparisons to Woods; surely McIlroy was the next man up to chase his childhood idol? He was open to the possibility.

In 2022, I, Dylan Dethier, arrived at the same hallowed ground. I neither dissected nor dismantled anything about the property, but I’d weathered its blows and, through 14 holes, had played the historic Open venue to something of a stalemate.

The 15th will become iconic in just nine months’ time, when the Open returns to the Wirral Peninsula. It’s a brand-new hole designed by architect Martin Ebert, who the club brought in to ensure its enduring relevance. The course’s newest addition is arguably its flashiest; at just 135 yards, the pint-sized par-3 features a small, elevated green that gazes out over the Irish Sea, flaunting the view and reminding golfers that this is, in fact, a spectacular seaside property. (The course’s other 17 holes are near the sea but never rub your eyes in it; giving too many dramatic views would be too ostentatious. Subtlety and understatement are still prize possessions. This is England, after all.)

I made reference, in the title of this piece, to the fact that I walked in the footsteps of Woods and McIlroy and yet hit a shot they never could. That was enough enticement for you to make it this far, which is a good thing. It’s also a bit of a riddle. There I was, walking in their footsteps. My drives couldn’t keep up with McIlroy’s from 2014 nor, perhaps, even Woods’ 2-irons from 2006. But the fairways were the same, rumpled and delightful, a former racetrack turned golf playground, and small-town U.K. keeps even its mightiest courses available to the public. Here we were.

Neither Woods nor McIlroy has yet had the opportunity to play this tee shot, because the hole hasn’t yet made its Open debut. In that way, I was already covering ground that they had not. But as I stepped up to the ball, determined to hit one close and conquer this devilish beauty, my trailblazing took a sudden turn. A sudden right turn, to be specific. I tweaked something in my swing thought, and when I instinctively looked up at the moment of impact to watch my ball’s flight it was coming out of a different window entirely, veering dangerously over the head of Tamara, our host and playing partner, before careening into an adjacent shed with an emphatic wham.

I’d delivered a pure, cold shank. The kind that sears itself in your muscle memory. Even now, hundreds of wedge swings later, I can still feel that point of impact. I can see that ball shooting right. (Continually re-watching the video probably doesn’t help.) And while I’m not saying neither Woods nor McIlroy has ever hit one — YouTube results remind us that McIlroy delivered hosel to ball as recently as last year’s Masters — but to do so with a little pitching wedge? Off a tee, no less? That’s far more rare.

Sean Zak, my playing partner, fared far better when faced with the same shot. You can see precisely how much better in the video below. But on a surreal day in which we studied Royal Liverpool’s century-plus of history, dined on its patio, made ourselves at home on its fairways and greens, this was the realest reminder of all: I could walk the same holes as golf’s greatest legends, but I wasn’t playing the same game. Not quite.

The author (cautiously) welcomes your comments at dylan_dethier@golf.com.

P.S. — Our trip wouldn’t have been possible without the support of Destination Golf sponsors Footjoy. One reason I hit that shank is that I’d recently removed my gray Lightweight Hoodie for the first time in about 48 hours. Don’t make the same mistake — check ’em out below! 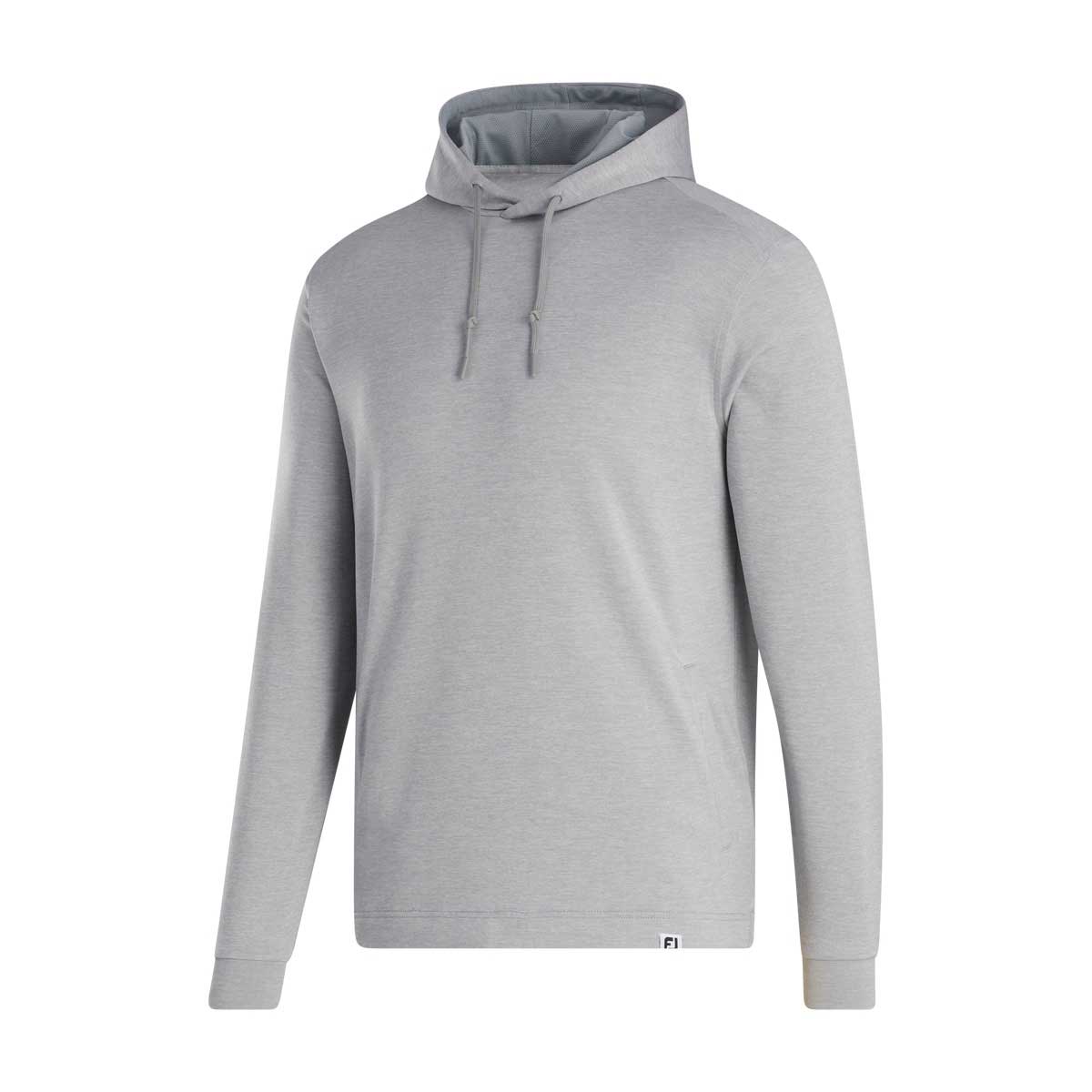 $115
This performance hoodie delivers comfort and warmth in a lightweight pullover design.

Check it out here!