‘I gotta tell you the Tiger story’: Pro has epic tale about wine disaster on Woods’ private jet 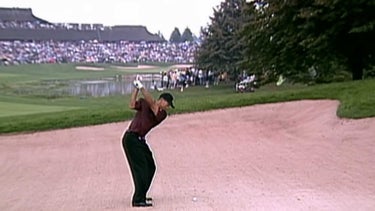 Camilo Villegas shared a hilarious story about a wine disaster he caused on Tiger Woods’ private jet on a recent episode of GOLF’s Subpar,

Camilo Villegas shared a hilarious story about a wine disaster he caused on Tiger Woods’ private jet on a recent episode of GOLF’s Subpar,

Camilo Villegas quickly interrupted Subpar hosts Drew Stoltz and Colt Knost. They wanted to move on to the next segment, but Villegas wasn’t ready.

“Hey, hey, hey, wait,” he said. “I gotta tell you the Tiger story. I’ve listened to your podcast here and there, and there’s always someone telling Tiger stories. But I got a good one.”

Villegas’ starts in 2008. He was represented by IMG then, and they asked if he wanted to play in a skins game in Thailand later that year. He wanted to, but logistically it was tough. He was in an event the week before and also the week after in Australia. They had an idea, how about he gets a ride with Woods to Perth to play in Australia?

Fast forward to that night, and after a long day on the course Villegas is on Woods’ private jet with Woods, Woods’ caddie Stevie Williams and his agent, Mark Steinberg.

“We get on the plane and I’m tired man. All I want to do is sleep,” Villegas said. “And this lady comes out and says, ‘Hey guys, what do you want to drink?’ And I’m like, ‘Well, I’ll take a water,’ and Tiger looks at me and gives me this look like, Dude, you just won the skins game, come on. Don’t be a wuss. Have a little freaking wine or whatever with me. So sure enough I said, ‘OK, bring me a glass or red wine,’ and they bring me this big glass of red wine.”

They get back to chatting, but when the plane is about to take off, Villegas remembers to hold his glass of water he ordered. He forgot about his glass of wine, though, which was sent shattering to the floor.

“I look to my right and there is red wine flying everywhere,” he says. “Tiger is to my left, he looks and goes, ‘Nice.’ I start sweating dude. I’m sweating here. I’m sweating.”

After the plane leveled in the air, a staffer came out to clean the wine, but Villegas refused and did it himself.

“I’m on the floor for about 40 minutes trying to get this out,” he says. “It’s the side panel, it’s the chair, it’s the carpet. This is not coming out. Finally I turn around and look at Tiger. I say, ‘Bro, just send this thing to get cleaned and send me the bill.’”

A month goes by and Villegas hears nothing about the plane. He sees Steinberg at an event and asks about the cleaning. He didn’t say much. He sees him again a couple of months later and asks again. Turns out it’s not coming out.

A few months later Villegas is at Woods’ event at Sherwood Country Club, and when he opens his locker he sees an envelope hanging.

“From TW to Camilo Villegas with attention to my financial guy, blah blah blah,” Villegas says. “Invoice for cleaning of the plane.”

Villegas at first wondered if they were messing with him, but he decided to pay up anyway, like he said he would. He saw Woods for the first time early the next day while heading to the gym.

“Hey, I got that invoice in the locker and I’m having some problems,” Villegas told Woods. “I called this lady at your bank, and I said, ‘Listen, I need to transfer $25,000 to this bank account.’ And the lady goes, ‘Sorry, Camilo, that bank account is full. You can’t fit a penny in there.’ And I just see Tiger’s face, and to this day I don’t know if he thought it was funny, and two, that was the last time I was on that plane.”

You can listen to Villegas’ complete Subpar interview below.