Here’s what’s at stake as PGA, DP World and LPGA Tours all close out 2022 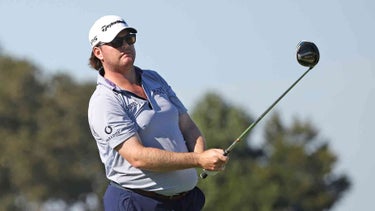 Storylines abound for Sunday with the DP World and LPGA Tours wrapping up their seasons while the PGA Tour plays it’s last round of 2022.

Storylines abound for Sunday with the DP World and LPGA Tours wrapping up their seasons while the PGA Tour plays it’s last round of 2022.

It’s supposed to be the offseason, but the actual, for real, we’re not kidding, offseason begins on Monday.

Before we get to what comes next (and seriously, don’t worry, there will still be golf on TV if you really want to see it), there’s plenty to be decided Sunday on what is the final day of the season for three of the world’s biggest tours.

The final round of the RSM Classic from Sea Island in St. Simons Island, Georgia will be the final official round of the 2022 PGA Tour season and anything could happen Sunday.

There are 16 players within three shots of the lead, which is shared by Ben Martin and Patrick Rodgers. If either of the leaders were to win, it would be a long time coming.

Rodgers turned pro in 2014 after a standout college career at Stanford, tying Tiger Woods’ program record for wins and besting his program record for scoring average. He has yet to live up to that hype and is still searching for his first win, but has managed to keep his PGA Tour card all but one season since turning pro.

Martin, meanwhile, is looking for his first win since the 2014 Shriners Hospitals for Children Open, but his form hasn’t been there the last few years as he dealt with back issues and he hasn’t made more cuts than missed since 2017-18. He likened Sunday to be like the last day of school.

“Like final exams. I’ve played 16 of the last 21 weeks,” Martin said Saturday evening. “I wasn’t exactly fresh coming into this week. Kind of ready for that break, that summer break or that winter break to use the school analogy.

“One of the thoughts in my head is, ‘Alright, let’s finish the season strong.’ Not necessarily from what my score ended up being, but the effort that I put it into the week.”

With a crowded leaderboard, there are several other storylines waiting to be written, perhaps from Harry Higgs, who was a second-round co-leader and battled back after a rough front nine to shoot 70 Saturday and stay within two.

The leaderboard in Dubai is STACKED.

Jon Rahm leads the way at 15 under, and U.S. Open winner Matt Fitzpatrick is one stroke back. Rory McIlroy is three back after a Saturday 65 and he’s tied with Tyrrell Hatton.

For Rahm, he’s looking to silence some doubters after what was deemed as an off-year compared to his sizzling 2021 where he picked up the win at the U.S. Open. It certainly wasn’t a bad year for the World No. 5, but he won just once on the PGA Tour and faded after holding the lead at the U.S. Open during the third round.

Friday, he said it wasn’t an excuse, but he reminded reporters he became a father this year and last, too. Now he goes into the final round of the DP World Tour’s biggest event with a chance to nab his second win on the DP World Tour this year.

McIlroy, meanwhile, has a chance to complete a rare double, finishing atop both the season-long points races for the PGA and DP World Tours, a feat only Henrik Stenson has claimed, back in 2013.

“I’ve got to this stage in the game over 15 years as a pro, and I’m still trying to do things for the first time,” McIlroy, who won his third career FedEx Cup in August, said Saturday. “I’ve never won the FedExCup and this tour’s rankings in the same year, so it would be really nice.

“It’s been a wonderful year. I’ve played some really, really great golf and really consistent golf. If I’m able to go out there tomorrow and shoot a good score and get the job done, it would be a really nice way to end what’s been a great year.”

Lydia Ko may have given back her five-stroke 36-hole lead, but she still has a great shot at picking up her third win of the season for the first time since 2016.

Her 2-under 70 in the third round of the CME Group Tour Championship was solid, but not the same level as her opening 65 and 66, or enough to keep a surging Leona Maguire at arm’s length.

Maguire put together a bogey-free 63 Saturday to pull even with Ko at 15 under, but the pair have five shots on the next best players, Jeongeun Lee6 and Gemma Dryburgh at 10 under.

A victory by Ko would be a second straight for the South Korean-born Kiwi and cap a resurgent year by earning her second Rolex Player of the Year award, a second consecutive Vare Trophy for lowest scoring average and the winner’s prize of $2 million, the largest ever in women’s golf.

“This is the top 60 players of the LPGA Tour here, so you know that it’s not going to be easy,” Ko said. “I just want to play good golf and golf that I don’t regret. And whatever happens at the end of tomorrow, you know, hopefully, it swings my way, but if not, I’m just going to try my best and enjoy it.”

But we’ll still see several tour stars tee it up before Kapalua and the Sentry Tournament of Champions the first week of January.

Two unofficial events are coming up in December, the QBE Shootout and the Hero World Challenge. There’s also the unofficial PGA Tour Champions event, the PNC Father/Son Challenge where many regular tour pros tee it up with their fathers or sons.

This also doesn’t count the Match VII when McIlroy, Tiger Woods, Justin Thomas and Jordan Spieth will all tee it the same weekend as the QBE Shootout

The Australian PGA Championship and Australian Open will be DP World Tour events this season and run concurrently over the next two weeks with the Joburg Open and South African Open.

There will still be two more DP World Tour events in December in South Africa and Mauritius before official tournament golf for 2022 finally comes to a close.