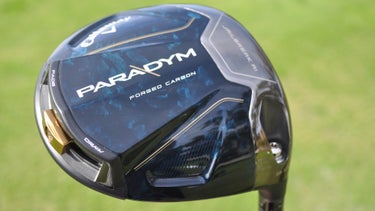 Welcome to another edition of the Fully Equipped mailbag, an interactive GOLF.com series in which our resident dimplehead (a.k.a., GOLF’s managing editor of equipment, Jonathan Wall) fields your hard-hitting gear questions.

I’ve been loving the early robotic insights on the Callaway and Srixon drivers, but I’m not quite sure I fully understand a term you used: “9-point face mapping.” Why choose nine points? Is that as detailed as you could go? And what’s the benefit? — Ryan Carmichael

Cheers, Ryan. We’re extremely proud of the robotic testing portion of our yearly ClubTest. Thanks to Gene Parente and his Golf Laboratories swing-robot, we’re able to test each driver at the same speed using the same shaft and delivery/face angle. All data is then collected using Foresight’s GCQuad launch monitor.

The data can then be used to see how the driver not only stacks up to other models in a company’s lineup (along with other brands), but where R&D has made noticeable improvements compared to previous versions we’ve already tested.

But you’re not here to learn more about the process. Let’s discuss face mapping. Our initial robotic testing was introduced during GOLF’s 2020 ClubTest, but we only tested three points on the face — geometric center, high toe and low heel. The numbers gave us some invaluable insights. However, as Parente, who’s also a co-host on GOLF’s Fully Equipped podcast, noted in the latest episode, it only captures data from a portion of the face.

“Three points covers 60 percent of the surface,” Parente said, “and it gives you an overall performance picture of what’s going on.”

For a large majority of Parente’s clients — he conducts robotic testing for most of the major equipment manufacturers, along with the USGA and R&A — the 3-point test does the job. It tells them how the club performs from three of the most common impact locations on the face.

Instead of gathering data from 60 percent, manufacturers get to see how the club performs across 100 percent of the surface area.

“When manufacturers evaluate not only their own product but how it stacks up to the competitors, they go to the 9-point test,” Parente said. “There’s an entire driver face, and they want to know the performance characteristics. So when the head of R&D is presented a report of Driver X versus Driver Y, they’re looking at all this data. This is the most advanced testing you can do in the industry to get an overall picture. It allows you to pick out things like high toe shots or low heel shots, and what that enables you to do is provide insights that are simply not available in the industry.”

Simply put, the 9-point test provides the clearest picture possible of a driver’s strengths and weaknesses.

Instead of giving you 60 percent of the story, we’re attempting to deliver a detailed analysis of every notable driver in the marketplace.