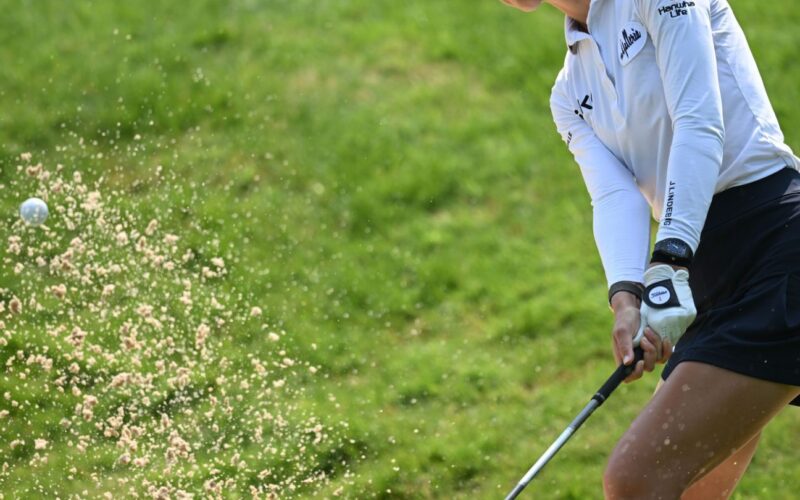 GLENEAGLES, Scotland — Playing with a new set of golf clubs after his own ones failed to arrive from the United States, Glen Day never expected to be a contender at the Senior British Open this week.

Imagine his surprise, then, at taking a share of the lead after the first round at Gleneagles on Thursday.

“I did get them in time to play a couple of practice rounds,” Day said of his new clubs, “so at least I know where the ball goes with those clubs. It’s not ideal but even if I get my stuff, I still may play these.”

Day converted an 8-foot eagle putt at the par-5 18th at The King’s Course to match Stephen Ames‘ bogey-free 6-under 64.

The 56-year-old American, who said he arrived in Scotland with “nothing,” didn’t feel he hit it well with his new driver or putter all day.

“I have no reason to believe I would play good today,” he said.

Padraig Harrington wasn’t too impressed with his own performance, either, in his first appearance in a Senior Open.

“I’m happy with the score,” the 50-year-old Irishman said. “I was very tentative. I putted well and my putter saved me most of the day. I was just tentative with my iron shots particularly.”

Paul Broadhurst, the 2016 champion at Carnoustie, was one stroke back along with Jerry Kelly, Kent Jones and Darren Clarke.

Ernie Els, a two-time British Open winner, shot a 66 that included an eagle on the par-4 14th.

Bernhard Langer, the 64-year-old German who has won the Senior Open four times, was three strokes off the lead. Defending champion Stephen Dodd of Wales got to 1 under with an eagle on the 18th.