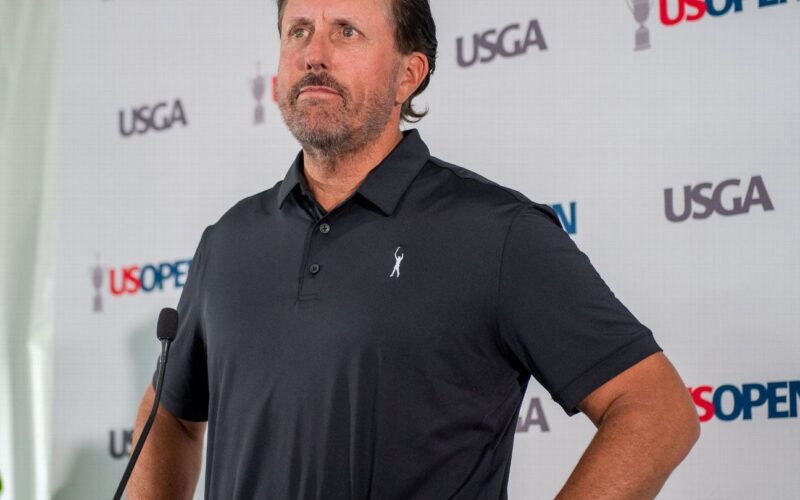 BROOKLINE, Mass. — Bryson DeChambeau called his move to the LIV Golf series “a business decision,” and a difficult one at that.

The 2020 U.S. Open champion, who as recently as 10 days ago had said he was sticking with the PGA Tour, offered his first comments about his change of heart Monday after a practice round at The County Club.

“At the end of the day, it’s a business decision for my family’s future,” he said. “And it gave me a lot more free time.”

The big-hitting 28-year-old, who has been hampered by a hand injury for most of this year, says the money he’ll get for playing the series will also help him build his charitable foundation. DeChambeau is unmarried and has no children.

Much as Phil Mickelson had in a news conference earlier in the day, DeChambeau didn’t want to delve into the politics of where the money is coming from — the sovereign wealth fund of Saudi Arabia — or how the PGA Tour will react to his decision.

Like Mickelson, DeChambeau has not surrendered his tour card. Last week, PGA Tour commissioner Jay Monahan suspended 17 players for competing in the rival series, and said players who compete in future LIV events will face the same punishment. DeChambeau is scheduled to make his LIV series debut next month in Portland, Oregon.

“It’s not my decision to make,” DeChambeau said about his future on the PGA Tour, where he has $26.3 million in career earnings and eight of his 10 worldwide victories.

DeChambeau told Golf Channel that he hopes to continue playing in PGA Tour events like the Memorial and Arnold Palmer Invitational. He had been set to play in the Travelers next week in Cromwell, Connecticut, but pulled out, saying he didn’t want to be a distraction.

“I want to play where people can see great entertainment,” he told Golf Channel. “I want to deliver that anywhere I’m at.”

He said the decision to play on the Saudi-backed tour was one that he did not take lightly.

“Very difficult,” he said. “It’s been weighing on everyone out here for the last couple of years.”

Information from The Associated Press was used in this report.