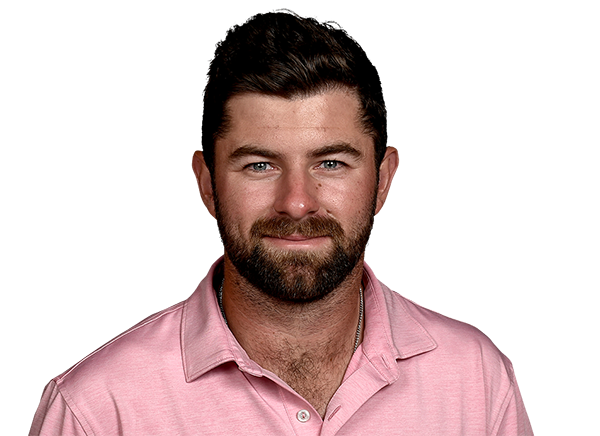 The PGA tour heads to Detroit Golf Club for the Rocket Mortgage Classic on Thursday. The field will feature plenty of high profile contenders including, Patrick Cantlay, Will Zalatoris, Cameron Young and Tony Finau. Finau is coming off a win in the 3M open last weekend, just the third PGA tour win of his career, while 2021 champion Cam Davis looks to defend his crown in Michigan.

Which golfers are the favorites this time around at the Rocket Mortgage Classic? Who offers good odds? And which props are worthwhile?

Betting analysts Anita Marks and Chris “The Bear” Fallica and sports betting deputy editor David Bearman and the Caddie, Michael Collins offer their tips to help you win this weekend.

When you see four runner-up finishes and another two third-place finishes, which includes runner-up at The Open and third at the PGA Championship, it’s easy to forget Young is just a rookie on the tour. The only thing the presumptive rookie of the year hasn’t done is get that first win. Young has announced his presence on the scene, starting with the runner-up in October at the Sanderson Farms Championship and culminating with his eagle on the 72nd hole at St. Andrews. It’s his first time at Detroit Golf Club, but that doesn’t worry me as Young’s seven top-three finishes this year have come on a variety of courses.

Young’s game has been on point as of late, and this course could be the perfect fit for his first tour win this season. He ranks seventh on tour in driving distance, T21 in putting and second in shots gained off the tee.

Zalatoris is rested after an unsuccessful Scottish swing. He didn’t play well here last year but has three top-five finishes in his past four U.S. starts — two of them coming in majors. It’s hard to imagine the player who is second on tour in SG: Tee-to-Green won’t have a say in the outcome Sunday.

With this being only the fourth version of the event, there shouldn’t be too much stock put into course history, which usually accounts for 30% to 35% of my handicapping evaluation week to week. Kisner is one of two players in the field to have two top 10s in the short three-year history at Detroit Golf Club. He went T8 last year and finished in third place in 2020 after holding an 18-hole lead. Kisner also does well on Donald Ross-designed courses, with four top 10s, a 2021 win at Sedgefield Country Club (Wyndham Championship) and another two top 10s at East Lake (Tour Championship). While the course is not incredibly hard and fairly wide open, the greens consistently rank among the harder ones on tour, putting a big emphasis on putting metrics this week. Kisner comes in 13th on tour in shots gained putting. He didn’t have the best last spring run, missing the cut in five consecutive stroke-play events, but he has rebounded with a T6 at Travelers and a T21 at The Open two weeks ago. After a week off, Kisner should be able to take advantage of an easy course and gain some strokes on the greens, and he could pay off.

Kisner is way undervalued at 40-1, especially for a guy whose past two finishes here are T8 and solo third.

Simpson finished T8 at Detroit Golf Club in 2020 before missing the cut last year. He is currently 125th in the FedExCup standings with two weeks left, right on the border. While we expect Simpson to do well next week in Greensboro, North Carolina, he also doesn’t need it to come down to one event to get into the FedExCup playoff field. A top-10 finish or win this week and he’ll just have to make the cut next week. Simpson ranks 11th in putting average, which should play well this week on the difficult greens.

Hahn been on a very nice stretch since the beginning of July, and now that he’s locked in to the FedEx Cup playoffs (109th), he can play even more free and easy to go after a deep run. I’d also look to put him in a top-five play and in some DFS lineups. He’s your sleeper this week.

When events lack star power, I like to look down the board for a potential long shot. Make no mistake, Hossler is 150-1 for a reason. He missed the cut in his past two events and his last top-20 finish was before the Masters. However, he is sixth on tour in putting, gets the ball out there (26th in distance) and finished 25th here last year. It’s a lottery ticket, but we all know he’s capable.

Day is on the outside of the FedExCup playoffs looking in (127th) and needs a solid week if he’s going to make it. The good news is he is trending in the right direction and has had success here last year.

Another golfer with a great course fit. This track sets up perfectly for McNealy, who is 43rd in driving distance and 32nd putting, and thrives putting on bent grass. Previously finished T21 and T8 here in Detroit … this could be his week!

Bradley missed both cuts in Scotland but should relish being back in the U.S, where he was top 10 at the U.S. Open and had five top 20s in seven events prior to Scotland. He ranks in the top 20 in approach, SG Tee-to-Green and SG: Total and finished T14 here last year.

Davis is the defending champion at Detroit Golf Club and is playing well overall, with a three consecutive top 20s. After missed cuts here in 2019 and 2020, he surprised most handicappers with the win last year, so why not another top 10?

Riley has struggled the past two events, but prior to the U.S. Open, had six straight top-13 finishes. This course should offer a nice bounce-back opportunity.

Kisner finished in the top 20 at The Open, and data golf gives him a 60% chance of making the cut. His flat stick has been terrific this season and in his past 24 rounds, he ranks in the top five in par-5 scoring.

McCarthy is in great form — making the cut in six of his past seven starts. He finished sixth at the John Deere Classic and has had great success on Donald Ross courses.

This is my sneaky play of the week as Pendrith missed four months because a rib injury between The Players Championship in March and the Barbasol Championship earlier this month. Since returning, he has a T13 at Barbasol and a T11 at the Barracuda two weeks ago. I am not looking at any metrics with Pendrith (although he is T9 in Greens in Regulation) because he missed four full months, but his current form is solid and not many will be playing him. Add the T5 in Bermuda and Pendrith has played birdie-fest courses with sub-average fields very well. I don’t mind playing a 65-1 long shot here either.

Ghim had 80-1 odds entering the final round in Minnesota only a few shots back. While he didn’t take advantage of Scott Piercy’s bad day, shooting his own 77 to fall out of the top 10, he had a great first three days, shooting 67-68-65, including one bogey over his first 55 holes. That would’ve cashed a T20 finish last week even with carding a 77 on Sunday, so I expect another good week in Detroit.

Champ is the big hitter of the bunch. He ranks first on tour in driving distance and averages 320 yards off the tee — which will be a huge advantage against this field. Champ finished T16 last week at the 3M Open, and I’m expecting him to pick up where he left off this weekend at Detroit Golf Club.

Wins usually wear guys out. After getting the victory last week in Minnesota in such a crazy fashion, Finau might not have enough fuel in the tank for a Thursday/Friday run.