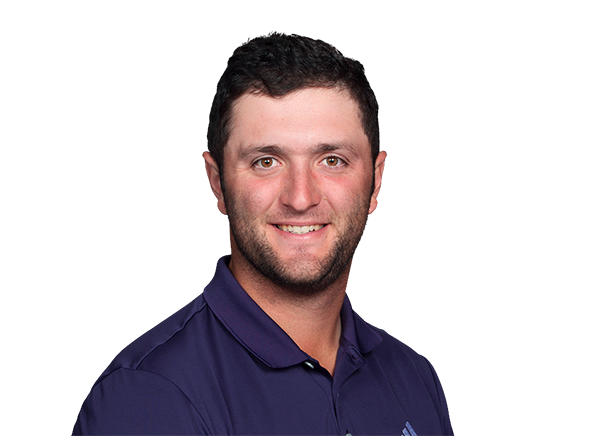 With only one week before the final major of the year, the PGA Tour heads to the Renaissance Club for the 50th Genesis Scottish Open. The field will be one of the strongest of the year, featuring 14 of the top 15 golfers in the world.

Which players are the favorites this time around? Who offers good odds? And which props are worthwhile?

Rahm opened 66-65 here last year before settling for a 7th-place finish. It’s been a while since he won and he’s got to be a little disappointed he let the U.S. Open get away from him. He should be squarely in the mix of an event that should see the winner post 18 or 19 under par.

Now is as good a time as any for Fitzpatrick to take a victory lap. Last we saw the Englishman, he was lifting the U.S. Open Trophy at Brookline. Now back home in the UK, Fitzpatrick returns to where he was runner-up just last year. Fitzpatrick likes to return to courses he has had past success on as we saw at Brookline. He has a win, a T-10, a missed cut, a T-5 and a T-2 in his past five events. Fitzpatrick leads the Tour in Tee-to-Green, ranks 2nd in shots gained overall, 3rd Around the Green and 8th Off the Tee. Now that he’s got that maiden PGA Tour win off his back, why not another?

Zalatoris has to win eventually, and this could be the week. His tremendous iron play will keep him at the top of the leaderboard (1st in SG Approach), especially in windy conditions. Weather is expected to play a factor and those who will tee off on Thursday afternoon/Friday morning will have an advantage of lighter winds. Zalatoris tees off at 1:15pm.

While the JP McManus Pro-Am doesn’t have much on the line for pros, Burns shot -7 in the final round, something that should raise eyebrows. He has figured out how to play European style golf. The course this week is similar to Ireland, not a seaside course but there are “links style” shots that need to be played which obviously Sam has become comfortable with.

Hovland has had a subpar year, but his short game troubles shouldn’t be as magnified here. If you look through his 2021 season, he finished 12th at The Open and won the BMW International, so these European Tour events have been spots where he’s played quite well.

I have faded Spieth on tight American courses with trees and hazards so I have to play him on courses that are wide open and perfect for his creative short game. This strategy worked last year at the Open Championship where he finished runner-up, his fourth straight t-20 finish at The Open, including his win in 2017. Spieth’s up and down season was in full effect in his last appearance at The Travelers two weeks ago. He shot a terrible first round 75 and then looked like the best player in the field with a 2nd-round 66. This will be Spieth’s first time teeing it up at the Scottish Open, but his track record on links courses is strong and worth playing at 30-1.

With half the field comprised of DP Tour players, this took some extra work to handicap. Fox is the 46th-ranked player in the world, who is 4th on the DP Tour in points, but tops of any player with more than five events. He has a win under his belt from December and is coming off a runner up finish in the Irish Open last week and a 3rd place finish at the BMW International the week before. He finished T-4 and T-6 in this event in 2017 and 2018 at different courses, but has three prior appearances at The Renaissance Club. He’s playing as well as anyone on the DP Tour and has the experience on the links courses to back it up.

Other than his missed cut at the U.S. Open, Fox is on a hot streak. He has a runner-up, 3rd and runner-up last week and the only important stat category he’s outside the top 30 is driving accuracy. But who cares about that stat when you are number two in stroke average!

I had hoped for better results from Thomas at the U.S. Open, where he faded to T-34. But he is three weeks removed from a 3rd place finish in Canada and six weeks removed from his PGA Championship win. He has two top-10 finishes in two appearances at The Renaissance Club and should be good for another without a win here.

Schauffele has six straight Top 20s since missing the cut at The Masters, with two wins (one in team event) and a Top 5 at the Byron Nelson. Another “go-low” event should be right up his alley this week.

I am going to run with Schauffele until he cools off. For those counting at home, he has six consecutive top-20s at seven of the last eight stroke-play events, only missing the cut at the Masters. This includes his win at the Travelers. There is no reason to believe he will stop now. Plus, he finished T-10 at this very event and course last year so keep cashing those tickets.

Spieth loves playing across the pond, and sports two top 10 finishes to show for it. He thrives on links style courses, has the creative mind to mauver and putts better on slower greens.

Fox seems to always be at the top of the DP World Tour leaderboard every week. He ranks in the top 3 in SG on approach and Tee-to-Green this season.

Herbert has the best scoring average at Renaissance over the past three years. He arrived in Scotland after a top 10 finish in Ireland, and finished T-13 at the PGA Championship.

Mitchell heads to Scotland with back-to-back top 10s (Canadian Open and Travelers). He currently sits at 54 and has a chance to break into the top 50 with a nice finish this week. His sister went to school in Scotland, his father is a member of St. Andrews and Mitchell grew up playing a great deal of golf here.

MacIntyre has posted Top 20s here each of the last two years and is entering off one of his best efforts of the season in the Irish Open (T-13th).

I’m just rooting for this cause it’d stir the pot. Hey, at least I’m honest!

Smith isn’t a household name in the states, but he certainly is in Europe — because he is one of their best ball strikers. He put on a show in Ireland last week with his irons (+8 on approach), but his flatstick wouldn’t behave, hopefully that gets corrected this week.

I’m not a fan of making money off others misfortunes (as a caddie it’s just bad ju-ju) and it feels weird putting this out there. That being said, Zalatoris could be forgiven for missing the cut in his first start after the heartbreak of the U.S. Open. Kind of like he did in his first start after the PGA Championship. Here’s where the silver lining lies… this isn’t a major and next week he won’t miss the weekend!