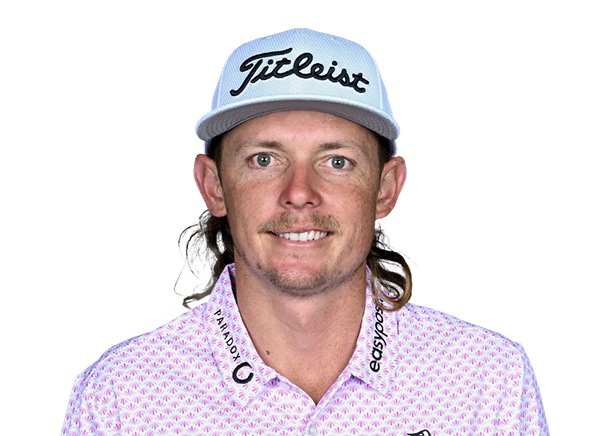 The FedEx Cup Playoffs begin this week with the 2022 FedEx St. Jude Championship from TPC Southwind in Memphis, Tenn. The playoff field is loaded with some of the best golfers in the world all battling for a shot at the $18 million prize.

Rory McIlroy enters the event as the betting favorite at 10-1 odds with other top contenders like Scottie Scheffler (14-1), Xander Schauffele (18-1) and Jon Rahm (18-1) close behind him.

Which golfers offer the best value at the FedEx St. Jude Championship? And which props are worthwhile?

Bearman: It’s time to be reintroduced to the Open Champion, who has not played since his triumph at St. Andrews last month. The No. 2 player in the FedEx Cup standings recorded a T5 here last year, lapping the field with a second-round 62. He was right there at the end but missed the playoff with an errand shot on the final hole. He also finished T12 at TPC Southwind in 2019. Earlier this season, Smith won at TPC Sawgrass, a course set up similar to this one in Memphis with fast Bermuda greens, penal rough and double-digits water hazards. Smith leads the PGA Tour in shots gained on Bermuda greens over the last 36 holes, according to Fantasynational.com. He’s also 11th in shots gained overall, third on approach and one of the top putters in the world (first in putting average, fourth overall), famously tying a PGA Tour record with only 18 putts in that second round here last year. He’s now won the PLAYERS Championship and Open Championship and is primed for a FedEx Cup title run.

Fallica: Smith was unflappable in his wins at the PLAYERS Championship and The Open — arguably two of the toughest fields this year. His play on TPC Courses has been fantastic and you know he’ll make a ton of birdies with his lethal combo of approach and putting. He finished fifth last year at TPC Southwind.

McIlroy may feel like he let one get away at the Open and he didn’t make any putts Sunday, but he’s still ranked first in shots gained total, third in shots gained off-the-tee and has five Top-5 finishes in his last eight starts. His ability to drive the ball has him always in the mix and that should again be the case at Southwind where he finished fourth back in 2019.

With 2021 Champion Abraham Ancer not in the field, Sam Burns and Hideki Matsuyama are the top returners from last year as they both lost in a playoff. Burns has been hot and cold this year, winning three times but also missing six cuts. Just like Smith, he’s one of the best putters on Bermuda grass, ranked second over the last 50 rounds. He played the Florida swing well in February/March, winning at Valspar and finishing T9 at Arnold Palmer and T26 at TPC Sawgrass. Burns is ranked 10th in shots gained total, 10th in putting and 24th in shots gained tee-to-green. He has the game and just enough streakiness to earn his fourth win of the season, but buyer beware as his last three results on tour were a missed cut, T66 and T42.

I saw Zalaoris and his new caddie on Monday here at TPC Southwind. They looked like a new Hollywood couple that had just announced publicly they were dating. I can tell you from experience there is a honeymoon phase for players and caddies that leads to many wins.

Im arrives at TPC Southwind with back-to-back runner-up finishes, (3M and the Wyndham) so we know his game is on point. He ranked in the top 7 in shots gained tee-to-green at both tournaments. The three most important metrics this week are Par 4 scoring, greens in regulation and scrambling. Im is ranked in the top 10 in each of those metrics and excels on Bermuda greens. He checks all the boxes heading into Thursday.

We played Horschel last week and he didn’t deliver but this course is an even better setup for him. He has five Top-10s at TPC Southwind and has finished in the top 25 each of the last three seasons when it was a WGC event against the top players in the world. He has developed into one of the best players on “Florida-type” courses like this one. Other Florida residents have won here including Brooks Koepka in 2019 and Daniel Berger in 2016 and 2017. Neither are in the field this week, leaving Horschel as one of the best Florida residents with great results here. He also has a win, runner-up and ninth place finish at East Lake, the site of the Tour Championship and a comparable course to TPC Southwind. He’s 10th on Bermuda greens over the last 50 rounds and ranks eighth overall in shots gained putting.

Ignorance could be bliss for Theegala, who will make their FedEx Cup Playoff debut. This course is similar to Valspar where he finished T7 earlier this season. Being ranked 40th as the playoffs start, also takes a ton of pressure off since he’s in the BMW Championship regardless. But a rookie golfer feeling zero pressure… is a dangerous one.

Finau’s game always seems to heat up towards the end of the season. He has won his last two tournaments, (Rocket Mortgage Classic and 3M Open) has four top-4 finishes in his last seven tournaments and is coming in with considerable swag. Finau ranks T3 in par 4 scoring and 5th in greens in regulation this season.

Bearman: If I was 100% confident that Thomas was healthy, he would be a pick to win this week. I don’t know if is injured, but since winning the PGA Championship, Thomas has missed two cuts, pulled out of Travelers to rest his back and then finished outside the top 35 in the U.S. Open and Open Championship. Something seems off. He may be perfectly fine and I just being cautious here. Thomas won here two years ago and finished T12 in 2019. He’s won two majors, two WGC events (one here), the PLAYERS Championship and took home the FedEx Cup title in 2017. He could do it again, but playing him as a top-10 finisher is a safer bet.

Marks: Thomas thrives on TPC courses, as we have seen him do before at TPC Sawgrass, Innisbrook and others. He has won on this course before and has bones on his bag — which is a huge advantage. He took the past month off and will be coming in fresh and ready to roll.

Where can we find a value bet for a guy who’s playing consistently but not great right now? I give you Mullinax. He’s on a heater right now with 3 straight made cuts that started with a win at Barbasol, then a T21 at The Open, and a T37 at Rocket Mortgage. A quiet top-10 finish this week seems like the perfect trend for where his game is.

If you have been reading this column all summer, you know what to do. You can rinse and repeat on Schauffele finishing in the top 20. He has delivered eight consecutive top-20s on tour, starting with a win at the team event in New Orleans. The last time he didn’t cash a top-20 was at Augusta National in April before LIV golf had even started. He’s become a human ATM for us, so there is no reason to get off the money train this week. He finished T6 here in 2020 and ranks ninth on tour in tee-to-green and fourth in shots gained total.

I can’t get enough of Young. He has become one of my favorite players this year and eventually will get tired of the second-place finishes. Young has become one of the best ball strikers on tour and ranks T3 in Par 4 scoring this season. He also putts well on Bermuda greens.