9/11 group thanks golfers for rejecting Saudis 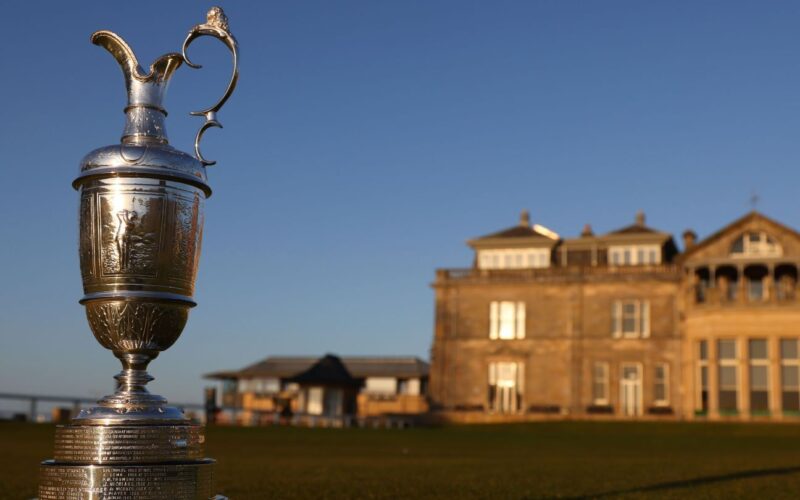 A group of nearly 2,500 survivors of family members killed or injured in the terrorist attacks of Sept. 11, 2001, have written an open letter to PGA Tour members to thank them for remaining loyal to the tour and not joining the rival LIV Golf Invitational Series, which is being financed by Saudi Arabia’s Public Investment Fund.

In the letter, which was released Wednesday, the survivors described themselves as the spouses, children, parents and siblings of those who died and who were injured in the 9/11 terrorist attacks, which killed nearly 3,000 people.

More than 20 PGA Tour players, including former major champions Brooks Koepka, Phil Mickelson, Dustin Johnson and Bryson DeChambeau, have signed with LIV Golf and received signing bonuses between as much as $100 million to $200 million, according to published reports.

PGA Tour commissioner Jay Monahan suspended 17 players who competed in the inaugural LIV Golf tournament outside London without a conflicting-event release. The first LIV Golf event in the United States is scheduled to start June 30 at Pumpkin Ridge in Portland, Oregon.

“We know that not all of you are millionaires, and that you compete to win tournaments, fame, and glory,” the letter continued. “We appreciate and applaud your spirit, drive, and talents, and believe that is all part of what makes competitive sports great.

“Some of your fellow PGA Tour members have traded their dreams of earned success for easy money — indeed, blood money — whether they need those funds or not. They include some of the richest in the field, who justify their roles in Saudi Arabia’s efforts to sportswash by simply, and astoundingly, looking the other way. They do so casually when asked the hard questions or are faced with the uncomfortable truth: That they are helping one of the world’s worst regimes paper over its crimes.”

Other 9/11 survivor groups have accused the players who defected to LIV Golf of being complicit in what they have termed Saudi Arabia’s sportswashing efforts.

“I think I speak for pretty much every American in that we feel the deepest of sympathy and the deepest of empathy for those that have lost loved ones, friends in 9/11,” Mickelson said before last week’s U.S. Open. “It affected all of us, and those that have been directly affected, I think I can’t emphasize enough how much empathy I have for them.”

“Unfortunately, Saudi terrorism didn’t end with 9/11,” the letter read. “The world saw that in 2018 with the cold-blooded murder of Jamal Khashoggi ordered by the Saudi Crown Prince himself. And we continue to see it in 2022, as the Saudi government has imprisoned scores of dissenters and journalists, hosted a public execution of 81 people, slaughtered and bombed Yemenis, and committed countless other crimes against women and minorities.”

Some of the players who have signed with LIV Golf lost longtime sponsors after defecting. KPMG, Workday and Amstel Light ended their deals with Mickelson. Callaway, his longtime equipment sponsor, paused its relationship with him. The Royal Bank of Canada halted its business relationships with Johnson and Graeme McDowell, and Rocket Mortgage ended its sponsorship of DeChambeau.

“To those of you who have chosen what is right over blood money from a corrupt, destructive sports entity and its Saudi backers, please continue to stand strong,” the letter read. “You inspire hope and conviction that our long journey to accountability and justice is in reach. We deeply value your integrity and your willingness to stand up for principle.