6 bold predictions for the 2023 LPGA season 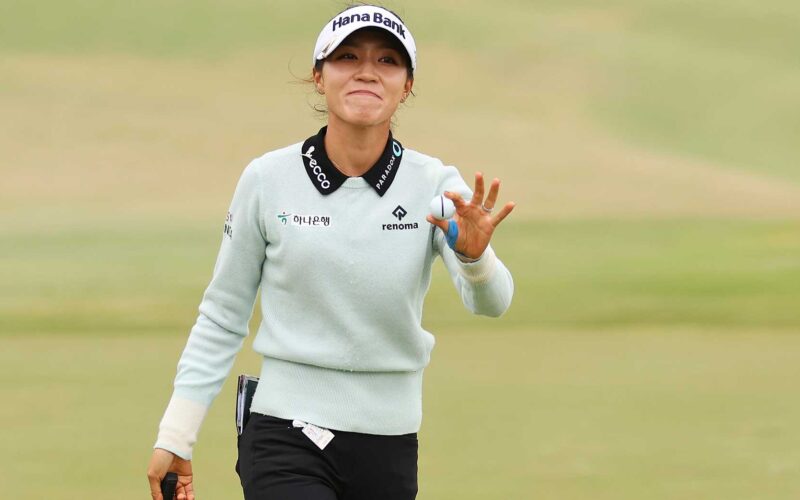 The 2023 LPGA season kicks off this week, and it’s sure to be an exciting year. Here are six bold predictions for the 2023 campaign.

The 2023 LPGA season kicks off this week, and it’s sure to be an exciting year. Here are six bold predictions for the 2023 campaign.

The LPGA offseason is officially behind us and the 2023 campaign is set to begin. The ladies kick off their season this week at Lake Nona for the Tournament of Champions, and over the next 11 months they will traverse the globe competing in 33 events and five major championships with over $100 million of prize money at stake.

With a slate of must-see tournaments, a roster of superstar players, and an endless list of interesting storylines on the docket for 2023, it’s time to get geared up for the year ahead. Here are six bold predictions for the 2023 LPGA season.

Lydia Ko found her old form in 2022, winning three times and earning Player of the Year honors. However, while 2022 was a resounding success, it might not necessarily portend to another banner year. Over the last two months, Ko went through a couple of big life changes. First, she split with swing coach Sean Foley, whom she credited as being “more than just a swing coach.” And second, she got married over the short offseason. These were two seismic shifts in Ko’s life, and while the two changes do not automatically spell doom for her golf game, it’s hard not to wonder how she will respond on the course.

Lexi Thompson has quickly become one of the most tragic figures in golf. Whereas once she was a can’t-miss prospect and the future of the game in America, she is now a big-name with a bigger list of what-ifs. She hasn’t won on the LPGA Tour since 2019, and seemingly every year is packed with more heartbreak (see: 2021 U.S. Women’s Open, 2022 KPMG Women’s PGA). But the thing is, her talent hasn’t gone anywhere. Thompson is still one of the best ball strikers on the planet, and she always seems to elevate her game in majors. Despite not winning a big one in almost a decade, she’s been on the brink many times. She has 14(!) top-10s in majors since 2015, including six top-fives over the last four years. If Thompson keeps putting herself on the front page of leaderboards on Sundays, she’s bound to breakthrough eventually. This could be the year.

Nelly Korda had a rough go of it in 2022, missing several months with a serious blood clot and failing to replicate her monster 2021. But the way she finished out last season gives plenty of reasons for optimism. Korda finished in the top 10 in three straight events to close out the year — including a win at the Pelican Championship — as she finally seemed to shake the rust that plagued her for much of the summer. Now a year into her tutelage under GOLF Top 100 Teacher Jamie Mulligan, Korda is poised to have another dominant season in 2023.

If you don’t know the name Atthaya Thitikul, get familiar with it. The 19-year-old won LPGA Rookie of the Year honors in 2022, and finished in the top five in the Player of the Year race. She won twice in her debut season, and she didn’t miss a single cut in the process. Now a year older and wiser, Thitikul is poised to become one of the biggest stars in the women’s game. If she can build off her successful rookie campaign, the teenager has the potential to be the top dog on the LPGA Tour in 2023.

5. Rose Zhang contends in a major

Rose Zhang surprised many last summer when she announced her intention to return to Stanford for her sophomore season, but that doesn’t mean we won’t see her teeing it up in some pro events this season. Thanks to her title as the No. 1-ranked amateur, Zhang is all but assured to make some appearance among the game’s elite this season — including at majors. The 19-year-old has already played in 10 majors in her young career, and she made the cut in all three appearances last season. If she plays her way into any of the majors in 2023, it would not be surprising at all to see her contend for the title.

Team USA leads the all-time Solheim Cup series record 10-7, but as of late, the European side has dominated the biennial team competition. The Euros are winners of two straight Solheim Cups heading into 2023 — including a gutsy 15-13 win at Inverness in 2021 — and they’ll have the home-course advantage this fall. With much of the 2021 nucleus looking to qualify once again this year, the European ladies will be a tough out at Finca Cortesin in 2023.