4 areas where TaylorMade’s Stealth 2 drivers excel, according to our robot 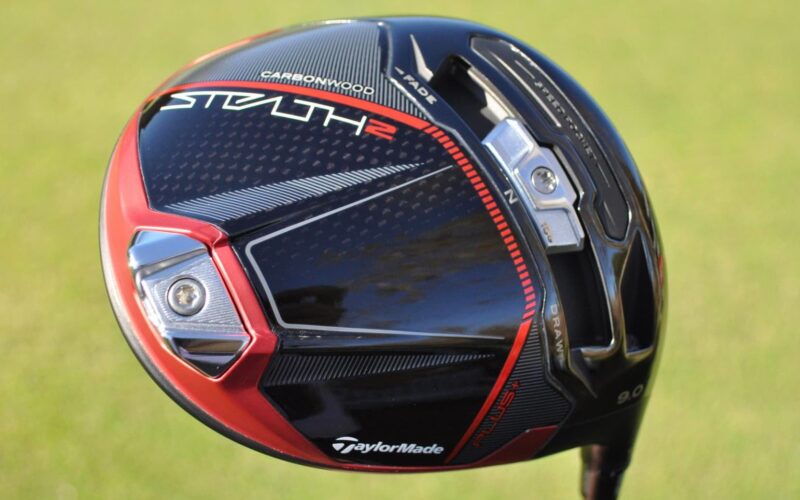 With the help of Golf Laboratories’ swing robot, we found out where TaylorMade’s new Stealth 2 drivers really shine.

With the help of Golf Laboratories’ swing robot, we found out where TaylorMade’s new Stealth 2 drivers really shine.

For the 2023 edition of GOLF’s ClubTest, we once again teamed up with Golf Laboratories for robotic driver testing. With the help of their swing robot, we’re able to get a better picture of how each driver performs at the same speed (95 mph), delivery and attack angle in a 9-point face mapping test. The result is an unbiased (and extremely detailed) look at where each driver model excels.

Here are robotic insights on TaylorMade’s all-new Stealth 2, Stealth 2 Plus and Stealth 2 HD drivers. The TaylorMade line will be available for preorder on Jan. 10, and in retail stores on Feb. 17. Pick up all your new gear at Fairway Jockey.

The 60-layer Carbon Fiber Twist Face ushered in a new level of speed for TaylorMade’s Stealth drivers. By reducing the weight in the face, TaylorMade was able to reposition extra mass behind the hitting area for a more efficient transfer of energy at impact. Pros were seeing anywhere from 3-5 mph of additional ball speed during testing last year — an impressive number that made many in the industry take notice.

But if there was a knock on the initial version of Carbon Fiber Twist Face, it was that ball speed numbers dropped off on key mishit locations. Namely, the low heel and high toe.

The latest face structure attached to Stealth 2 is designed to retain ball speed on those common misses and based on what we observed during robotic testing, it more than lives up to the hype.

For starters, TaylorMade’s Stealth 2 and Stealth 2 Plus were the fastest driver models we tested on the Golf Laboratories robot. In some cases, Stealth 2 beat some competitors by 3-4 mph, which is somewhere in the neighborhood of 10 yards.

What makes those numbers even more impressive is the fact that it’s an average of all 9 points on the face. Comparing geometric center ball speeds, Stealth and Stealth 2 produced almost identical numbers. Where Stealth 2 starts to distance itself from Stealth is in the mishit department. When averaging the other 8 points on the face, Stealth 2 was 1.4 mph faster than Stealth.

What this tells us is that Stealth 2 is faster where weekend golfers need it the most — on off-center strikes.

The Stealth 2 Plus is an intriguing option for those who require low launch and spin characteristics. With the lowest launch (10 degrees) of any driver tested — and an equally low spin rate — this model isn’t for the golfers who struggle to get the ball airborne.

In fact, a look at the launch and spin numbers for Stealth Plus and Stealth 2 Plus confirm TaylorMade is trying to decrease both characteristics in a big way. According to the robot, Stealth 2 launched one degree lower with 300-plus RPMs less spin than the Stealth.

With the ball speed to back up the launch and spin changes, Stealth 2 Plus is the epitome of a bomber club.

Speaking of spin rates, RPMs dropped across the board for all three models. On average, the Stealth 2 and Stealth 2 HD were roughly 300 RPMs lower spinning than their predecessors. The launch angle for Stealth 2 also decreased by a degree but remained unchanged for Stealth 2 HD.

The draw-biased weighting on Stealth 2 HD is designed to eviscerate a penalizing slice. But according to the robot, golfers should also expect to see equally strong carry distance numbers, regardless of where the ball impacts the face.

One of only four drivers to record a single-digit carry distance delta — a number that looks at geometric center contact compared to the other 8 impact locations — the HD model doesn’t penalize inconsistent contact.

Killing a slice is nice, but having a driver that also retains ball speed across the entire face structure is even better. The result is a noticeably tight dispersion that keeps even the most penalizing miss on the map.

Want to overhaul your bag for 2023? Find a fitting location near you at GOLF’s affiliate company True Spec Golf.