3 areas where Srixon’s ZX5 and ZX7 MKII drivers excel, according to our robot 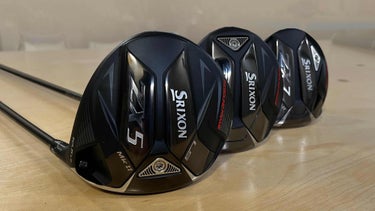 With the help of Golf Laboratories’ swing robot, we found out where Srixon’s new ZX5 and ZX7 MKII drivers really shine.

With the help of Golf Laboratories’ swing robot, we found out where Srixon’s new ZX5 and ZX7 MKII drivers really shine.

For the 2023 edition of GOLF’s ClubTest, we once again teamed up with Golf Laboratories for robotic driver testing. With the help of their swing robot, we’re able to get a better picture of how each driver performs at the same speed (95 mph), delivery and attack angle in a 9-point face mapping test. The end result is an unbiased (and extremely detailed) look at where each driver model excels.

When you have Hideki Matsuyama and Brooks Koepka on staff, it’s important to have a low-spin driver offering. The previous ZX7 did an admirable job of reducing spin for higher-swing-speed golfers, but it still ranked near the middle of the pack in terms of overall spin rate.

The introduction of ZX5 LS MKII makes low spin a reality for pros and better players alike. Only two other drivers we tested in this product cycle produced a lower spin rate than the ZX5 LS at 95 mph. Even more impressive was the spin rate in comparison to the previous ZX5 and ZX7. Compared to the ZX7, the ZX5 LS produced 250 RPMs less spin when averaging the spin rate across all nine face impact locations. (As you’d expect with a low-spin driver, the LS model also had the lowest launch in the ZX lineup.)

The standard ZX5 was just 100 RPMs above the LS model, so it would still be considered on the lower end of the spin rate spectrum. The 2023 ZX7 offered almost identical spin numbers (2,978 RPMs) to its predecessor.

All three ZX MKII drivers performed exceptionally on high toe misses during testing. Compared to center strike carry distance, impacting the high toe saw distance drop by only 7 yards. The high toe carry distance delta was near the top for all drivers tested and should be a welcome sight for golfers who routinely miss in this common location on the face.

And speaking of misses, the ZX5 MKII was a standout in terms of overall dispersion (54 shots) during testing. Only one driver had a tighter pattern on the robot. It’s certainly one to try out if you’re seeking more accuracy.

The ZX lineup has a driver for every player type. For golfers who want to launch it low, the ZX5 LS MKII provides a strong combination of low launch and spin characteristics. On the flip side, the ZX7 MKII is the higher launch option. In fact, the ZX7 launched an extra degree higher than the ZX5 LS during testing.

The ZX7 has historically been the lower launching/spinning option in the lineup, but according to the robot, it’s actually the opposite this year. Titleist flipped the launch and spin characteristics on the Pro V1 and Pro V1x in recent years, so this isn’t an industry-first.

That said, it’s certainly something that’s worth pointing out as golfers prepare to test Srixon’s latest offerings.