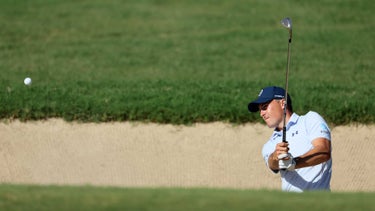 Tee times for the final round of the 2023 Sony Open on Sunday featuring Chris Kirk, Hayden Buckley and Si Woo Kim.

Tee times for the final round of the 2023 Sony Open on Sunday featuring Chris Kirk, Hayden Buckley and Si Woo Kim.

The fourth and final round of the Sony Open gets underway Sunday, January 15, in Honolulu, Hawaii. You can find full Round 4 tee times for the tournament at the bottom of this post.

Featured pairing for Sony Open Round 4

After a crazy third round, during which 12 different players held a share of the lead, one player separated himself with a stellar back nine.

Hayden Buckley started his inward side with an eagle on the 10th hole and finished with an eagle on 18, the only on the finishing par-5 all day. His 64 puts him at 15 under with a two-shot lead over three others.

Among the group at 13 under are Buckley’s playing partners from the third round, David Lipsky and Ben Taylor. The trio will flip from the penultimate grouping to the final grouping for Sunday’s fourth round. This is the first time for all three players playing in the final group on a Sunday.

Four-time PGA Tour winner Chris Kirk had a chance to join the final group but missed a short birdie putt on 18. Kirk was the second-round leader at 11 under but started the third round by hitting his opening tee shot out-of-bounds and making double. He rebounded with five birdies for a 68 to join the group in second.

Buckley, Lipsky and Taylor will go off at 3 p.m. ET.

You can stream Sunday’s final round via PGA Tour Live on ESPN+.

Browse the complete final-round tee times for the 2023 Sony Open below.

How to bet on the Sony Open